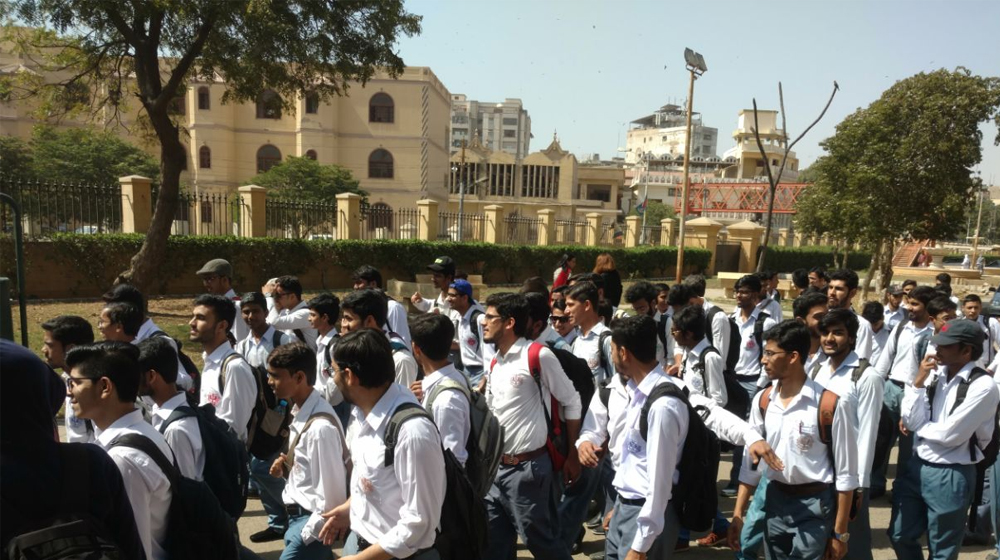 Private schools in Sindh are withholding admission cards of Matriculation students due to non-payment of tuition fees, and hundreds of students have registered complaints with the Directorate of Inspection and Registration of Private Institutions Sindh (DIRPIS) about it.

To allow the students to take the Secondary School Certificate (SSC) Annual Examinations 2021 that will commence on 5 July, the Board of Secondary Education Karachi has already sent their admit cards to the representatives of the private schools that they are enrolled in.

The US Claims Pakistan and Turkey Are Recruiting Child Soldiers

However, certain private schools are not releasing the cards to their students because the majority of the students have not paid their tuition fees. Without the admit cards, the students will be unable to take the SSC examinations that are just days away, which is why they have filed complaints with the DIRPIS.

The DIRPIS Director, Mansoob Hussain Siddiqui, declared in a statement that private schools will have strict action taken against them if they fail to release the cards.

“No excuse would be acceptable. The owners of private schools should immediately issue admit cards to the students so that they can appear in the annual examinations,” he said.

Petition Filed Against Fawad Chaudhry Over Comments On TikTok Ban

He encouraged the parents of the students who are not being issued their cards to register complaints with the DIRPIS, and affirmed, “We will make sure their complaints are addressed. No one has the right to waste the time of the students as they have already suffered educational disruption during the lockdown”.

Director Siddiqui also informed all the regional directors that private schools cannot waste students’ time whatever their reasons may be, and stated that the students must be facilitated.

“The regional directors have to make sure that all the students who would be appearing in the annual exams have received their admit cards,” he said.