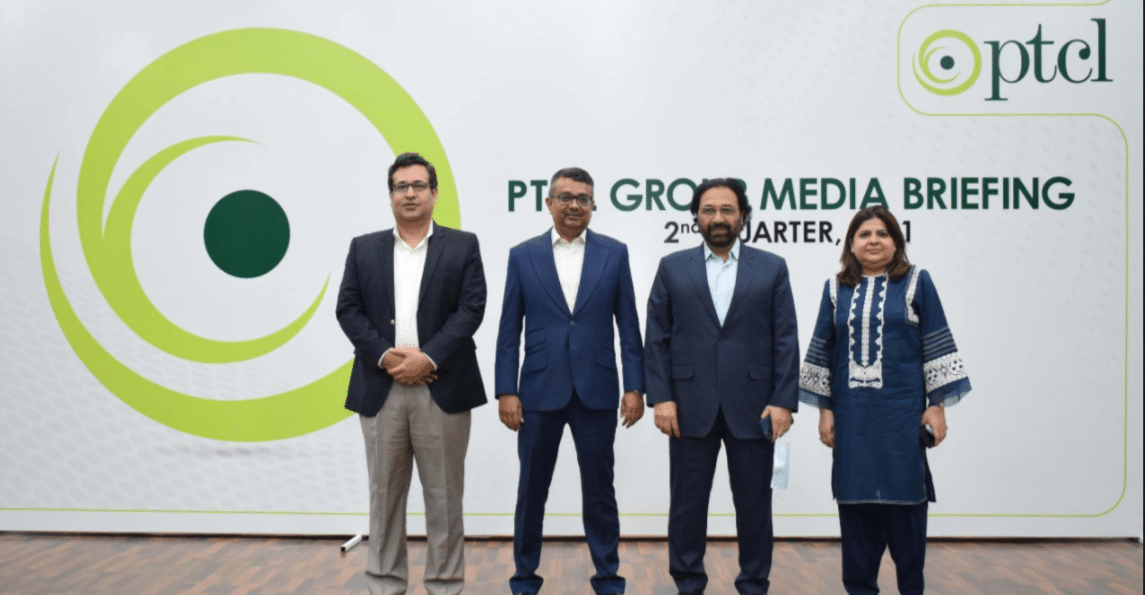 Pakistan’s leading telecommunication and ICT services provider — Pakistan Telecommunication Company Limited (PTCL) — has announced its financial results for the first half ended June 30, 2021, at its Board of Directors’ meeting held in Islamabad on July 14, 2021.

PTCL Group delivered a strong financial and operational performance as it reported 8707% or 87x increase in profits during the first half of 2021. It reported a profit of Rs. 2.93 billion during the above-mentioned period as compared to a profit of Rs. 33 million in the same period last year.

The group posted a revenue of Rs. 68 Billion in the first half of 2021 which is 8% higher as compared to Rs. 62 billion in the same period last year. U Bank continued its growth momentum and has achieved a 17% growth in revenue. PTML (Ufone) posted revenue growth of 5%.

PTCL successfully sustained the momentum of growth from its last quarter’s turnaround that had cemented its market standing as the largest fixed-line telecom player in the country. The significant growth in revenues is mainly driven by strong performance in the consumer segment led by Fixed Broadband services. During the past quarter, PTCL strongly focused on enhancing customer experience through the provision of high quality and fast internet under its flagship ‘Flash Fiber’ Fiber-To-The-Home (FTTH) project.

The company is upgrading its existing infrastructure, besides expanding FTTH to newer markets to usher in seamless connectivity for greater customer enablement and experience. FTTH’s speedy deployment and strong performance in Corporate and Wholesale segments are the cornerstone in PTCL’s enhanced topline growth, which along with its focus on cost control program, has significantly increased the company’s profitability.

During the first half of 2021, PTCL Fixed Broadband business grew by 13.5% YoY, whereas PTCL IPTV Segment also grew by 14.1%. The groundbreaking PTCL Flash Fiber FTTH service showed a tremendous growth of 52.5%, while PTCL Charji /Wireless Broadband Segment grew by 18.4%.

Corporate and Wholesale businesses continued its growth momentum sustaining market leadership in IP Bandwidth, Cloud, Data Center and other ICT services segments. The overall YoY growth has been recorded at 8%.
PTCL’s Corporate business grew by 14% as compared to the same period last year, while Carrier and Wholesale business continued its growth momentum and achieved 12% overall revenue growth. International voice revenue has declined by 5% due to lower voice traffic and appreciation of PKR against USD.

PTCL continues to develop strategic partnerships with leading corporate entities to offer Software-as-a-Service (SaaS) in the banking, education, Cloud, and cyber-security verticals. Furthermore, PTCL, in line with its vision to revolutionize the widespread availability of IP connectivity in Pakistan, has signed a contract for the deployment of Unified IP Edge network for providing next-generation IP services.