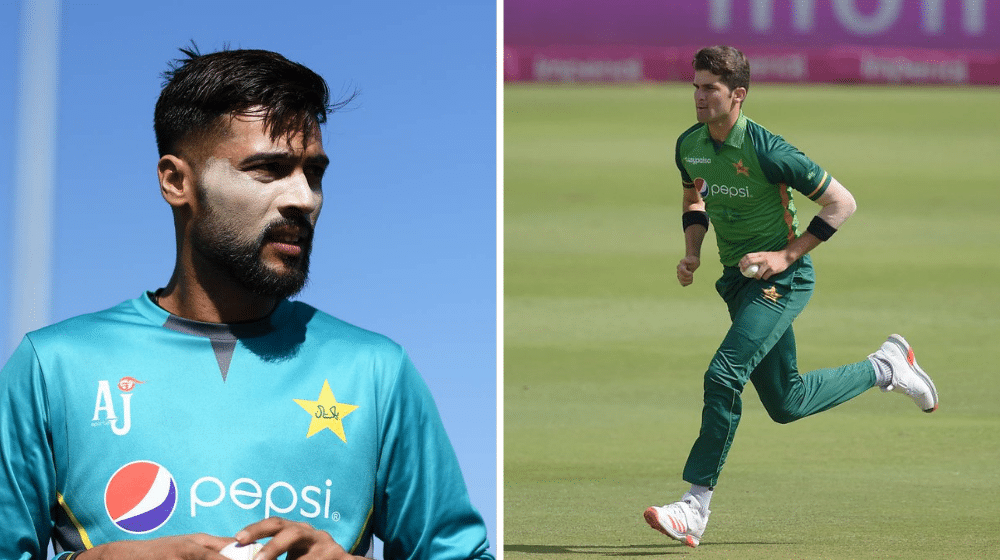 Pakistan’s former fast bowler, Mohammad Amir, voiced his support for the pacer, Shaheen Afridi, after the left-arm fast bowler’s disappointing ODI series against England. Shaheen’s performances in the series have been highly criticized in the media, with the former fast bowler, Shoaib Akhtar, at the forefront of the criticism.

Shaheen only picked up 2 wickets at an average of 68.50 and an economy rate of 5.95 in the three-match ODI series. Shaheen’s performance in the last match of the series was highly disappointing as he went wicketless and conceded 78 runs off 10 overs.

Mohammad Amir backed the left-arm pacer to bounce back and put in match-winning performances for the Men in Green. Amir believes that Shaheen has been one of the best performers over the past few years, and he is just going through a rough patch currently.

Amir took to Twitter to support his fellow fast bowler.

He tweeted, “In my opinion [Shaheen] is one of the finest bowlers and the best Pakistan has currently. Shaheen keep your head high, you have done it before and you will smash it again InshaAllah [God Willing]. Don’t take some attention seekers’ dislikeness to your heart.”

in my opinion @iShaheenAfridi is one of the finest bowler and the best Pakistan has currently, shaheen keep your head high u have done it before n u'll smash it again IA. don't take some attention seekers dislikeness to ur heart.

Shaheen has been the frontline pace bowler in the national team for the past few years and has been one of the finest fast bowlers in the world. His record for Pakistan in the ODIs has been immaculate, having picked up 53 wickets at an average of 24.62 and an economy rate of 5.51 in 28 matches.