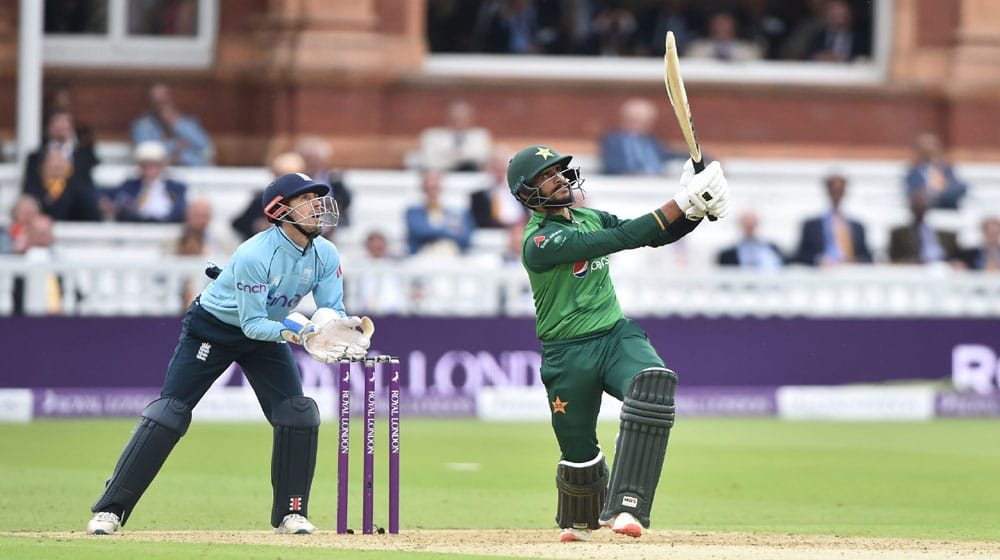 Hasan Ali has always been handy with the bat lower down the order but has shown significant improvement since his return to international cricket.

His use of the long handle to hit big hits was never in question. However, with his improved performances at crucial stages, Hasan is quickly gaining ground to become Pakistan’s fast bowling all-rounder, a slot that has never really been filled after the departure of Abdul Razzaq.

Though Pakistan has tried multiple players, including Bilawal Bhatti, Anwar Ali, Sohail Tanvir, and now Faheem Ashraf, none of them has performed consistently to fill the gap.

Inzamam Furious Over Omission of a T20I Match Against West Indies

Hasan, on the other hand, showed glimpses during recent tours of South Africa and England. He first hit much-needed 20 off 7 balls to help Pakistan in the final T20 against South Africa in February and clinch the series 2-1. He then caught everyone’s eye when he deposited England’s Matt Parkinson in the stands at the historic Lord’s on three successive deliveries in the second One-Day International.

Since his return, Hasan has smashed 14 sixes and as many boundaries in 15 international outings at an average of 21. He is improving and wants to work even harder on his batting skills to establish himself as an all-rounder.

Hasan looks up to the likes of Wasim Akram, Abdul Razzaq, and Azhar Mahmood for inspiration. He revealed that during a PCB podcast ahead of the West Indies series.

I want to see myself as an all-rounder in all three formats, and I am putting in extra yards in the nets. I am inspired by Wasim Akram, Abdul Razzaq, and Azhar Mahmood and want to contribute in crucial times for my team.

“I usually get to bat in death overs in T20Is and the only option I have at that point is to hit the ball hard. I am working to improve my power-hitting in the practice sessions and learning how to score more and more runs against Yorkers, bouncers, and slower deliveries,” Hasan said.

Hasan has impressive bowling figures to back him on the position. He was Pakistan’s leading wicket-taker in the ODI series against England, thanks to a five-for at Lord’s. Hasan also bowled superbly in the final T20I, conceding only 28 runs in 3.4 overs with a wicket of captain Eoin Morgan. It was only bad luck that he failed to defend six runs off the final over.

Hasan further added, “T20 cricket is all about variations and a good bowler should have command on bowling different variations. I have been practicing different deliveries in the nets, and [I] am very keen to do better in the upcoming series against the West Indies.”

Hasan said he always gives his hundred percent once he steps in the field, whether it is by taking a wicket or hitting the ball out of the park.