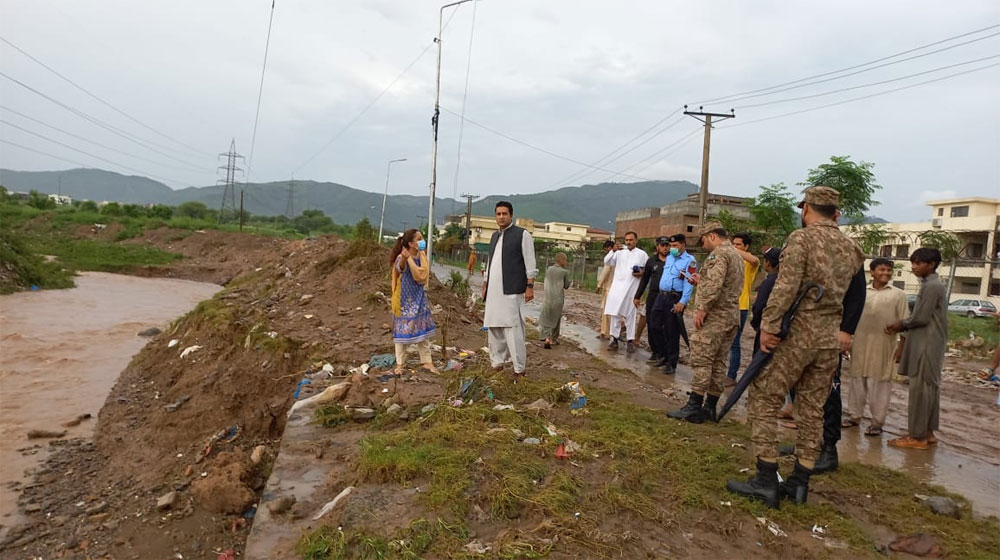 The people of Islamabad woke up to heavy rains on Wednesday that wreaked havoc in the twin cities, forcing the authorities to seek the military’s assistance in rescue efforts. While DC Islamabad linked it to a cloudburst, the PMD negated the statement.

Cloudburst in Islamabad has caused flooding in various areas. Teams are clearing nullahs/roads. Hopefully we will be able to clear everything in an hour. Everyone is requested to plz cooperate and restricted unnecessary movement for next 2 hours.

In a Twitter post, the weather department clarified that the flash flood in the capital city was caused by extensive heavy rainfall and cannot be termed as a cloud burst.

“This was extensive heavy rainfall and cannot be termed as a cloud burst,” it said.

It is to clarify that weather system was forecasted earlier vide weather advisory issued by PMD on 26th July 2021 and was disseminated to NDMA and print and electronic media. This was extensive heavy rainfall and cannot be termed as a cloud burst.

The Met Office further mentioned that the weather system was forecasted earlier through a weather advisory issued by PMD on 26th July 2021 and was disseminated to the National Disaster Management Authority (NDMA), as well as print and electronic media.

The Met department noted that Islamabad and surrounding areas received heavy downpours of monsoon rainfall during the morning hours between 5 am and 6:30 am, while light rain continued in the twin cities throughout the day. It added that more rainfall is expected overnight.