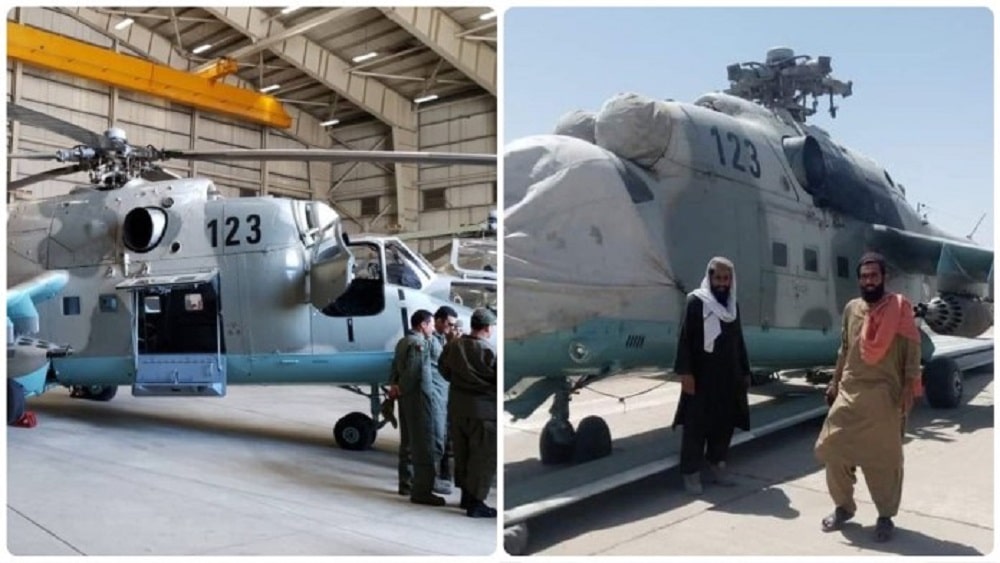 Afghan Taliban have captured Kunduz airbase and seized a Mi-35 attack helicopter gifted by India to the Afghanistan government.

Different social media videos show that the number “123” is inscribed on the chopper, basically confirming that it is the same helicopter that was gifted by India to Afghanistan two years ago.

On the other hand, the Indian Ministry of External Affairs has refused to comment on the development, stating that India will not comment on the internal matters of Afghanistan.

Taliban’s rapid advance across Afghanistan continues unabated as the fighters capture sensitive installations and show off weapons and other hardware seized from the Afghan military amid the withdrawal of the US army.

9 provincial capitals out of 34 have already fallen to the Taliban while fighting rages in another 4 as per the latest reports.

Zaranj, the capital of Nimroz province that borders Balochistan in the south, became the first capital that was captured by the Taliban, who are fighting to reimpose their rule after their government was toppled in 2001.

Here are all the provincial capitals where the Taliban have established their rule.