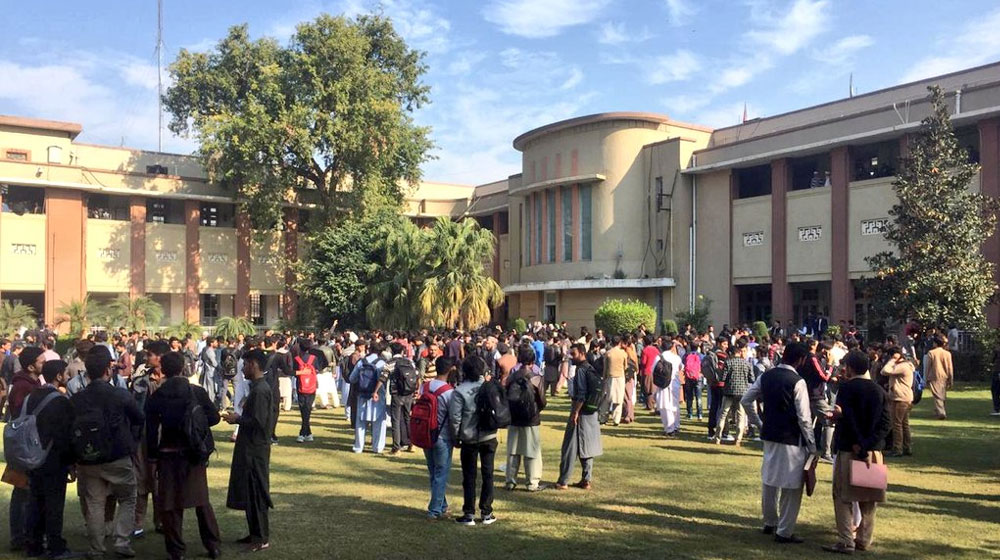 Only 3.16 percent of students have cleared the entry test conducted by the Educational Testing and Evaluation Agency (ETEA) for the public and private engineering universities and colleges in Khyber Pakhtunkhwa (KP).

Every year, ETEA conducts entrance tests compulsory for admissions in various universities of KP, including all four campuses of the University of Engineering and Technology (UET) Peshawar and UET Mardan, which offer 1.430 seats alone, excluding reserved quotas. Besides, the ETEA test is also compulsory for admissions to several private engineering universities and colleges.

However, this year only 245 students out of 7,741 could get 40 percent or above marks as per the test results announced on Monday.

Interestingly, while appearing in the ETEA exam is compulsory, passing the test is not a requirement for admission in the UET Peshawar, a spokesperson of the varsity told this to the media.

When approached for a comment, the spokesperson said that admission to the university does not solely rely on the qualification of the ETEA test. She explained that the merit is prepared on the basis of students’ SSC, and HSSC scores along with the entrance test scores.

“The percentage for matriculation marks is 10, for FSc 50%, and for the entrance test 40%. Therefore, it would not be appropriate to say that so many students have qualified for the test and so many have failed to qualify it,” she argued.

Academicians think it is absurd that the entrance test is compulsory and qualifying it is not necessary.

“It’s strange; quite strange to hear that one has to appear in a test and he doesn’t need to qualify it. If this is the case, there should be no need for the test. The admission should be offered on the basis of matriculation and FSc as used to be done in the past,” said an academician.

He said that the test results are so disappointing that the admission authority would have to lower the threshold of the entrance test by 20 percent to fill nearly 1500 seats across four campuses of UET Peshawar, including Peshawar, Bannu, Abbottabad, and Swat.