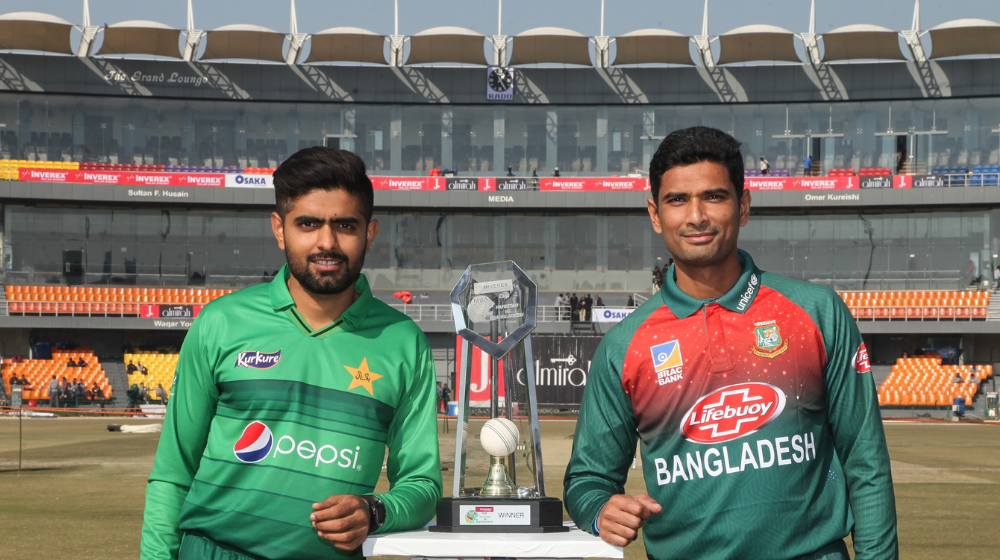 Pakistan cricket team is set to tour Bangladesh for a bilateral series after the T20 World Cup. The news of the tour was confirmed by Bangladesh Cricket Board (BCB) Chief Executive Officer, Nizamuddin Chowdhury.

According to details, the Pakistan cricket team will travel to Bangladesh on 15 November, one day after the final of the T20 World Cup. The details of the tour are still unconfirmed but it is likely that the tour will include series of all three formats. Previously, it was rumored that the tour will consist of two Test matches and three T20Is.

Nizamuddin revealed the details while talking to local news media. He said, “The Pakistan series will happen right after the [T20] World Cup. The cricket operations department is in talks with the Pakistan board to finalize the details. All formats will be included, there will be more ODIs and Tests.”

The Test match series will be a part of the 2021-2023 cycle of the World Test Championship. Currently, Pakistan sit at the second spot at the table with 50 percent of points after their two-match series against West Indies. Bangladesh are yet to play a Test match in the current cycle.

This will be Pakistan’s first full tour of Bangladesh since 2015. The Men in Green had a disappointing showing last time they toured Bangladesh as they were whitewashed 3-0 in the ODI series, lost the one-off T20I, and only managed a 1-0 win in the two-match Test series as Bangladesh managed to draw a Test against Pakistan for the first time in their history.