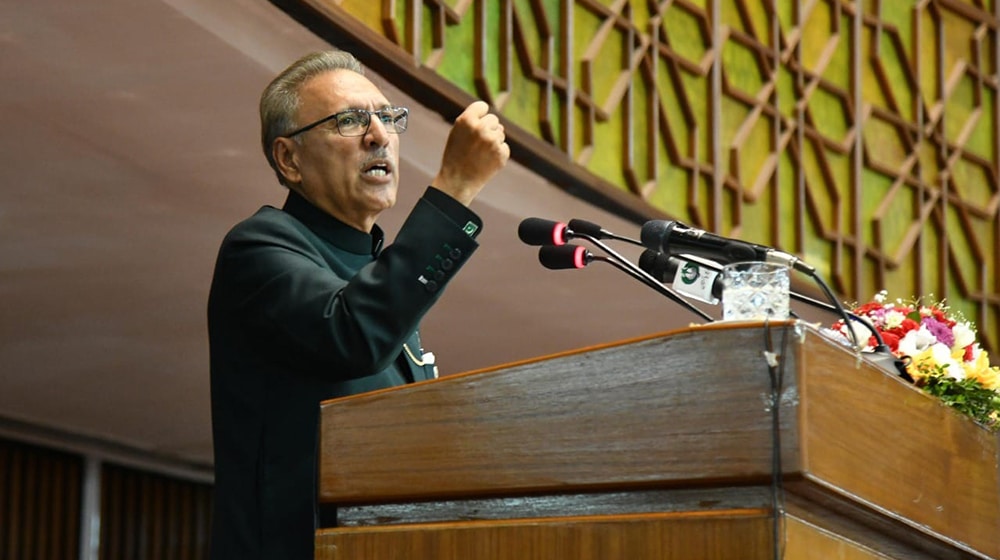 The President of Pakistan, Dr. Arif Alvi has urged businessmen and industrialists to work on the financial inclusion and empowerment of women and persons with disabilities by employing them in their organizations.

He expressed his views on the matter with a delegation of the Sialkot Chamber of Commerce and Industry led by its President, Qaiser Iqbal Baryar, at the Aiwan-e-Sadr today.

Dr. Alvi stated that disabled persons constitute 12 to 14 percent of the country’s population, and need to be uplifted financially through the provision of jobs and by equipping them with marketable skills through the special cooperation of the business community.

The delegation briefed Dr. Alvi about the export potential of the Sialkot Chamber of Commerce and Industry (SCCI) and its contributions to Pakistan’s socio-economic development. Its president also spoke about certain problems that Sialkot’s business community faces, and Dr. Alvi assured the delegation that these issues will be addressed.

Dr. Alvi highlighted that the government is focusing on the empowerment and financial inclusion of the youth, women, and disabled persons. He said that the government had allocated Rs. 100 billion under the Kamyab Jawan Programme to help such people establish their own businesses.

He also lamented the lack of public awareness because of which people had been unable to fully benefit from the loans being offered by the government, and emphasized the need to facilitate and guide them to avail of the loans.

ALSO READ
Govt to Give Amnesty to Multiple Passport Holders

Later on, a delegation of female representatives of the Rawalpindi, Islamabad, and Attock Chambers of Commerce and Industries also called on the President to talk about raising awareness about breast cancer in October. It offered its cooperation for the issue, along with the support of NGOs, women universities and colleges, and other concerned organizations.