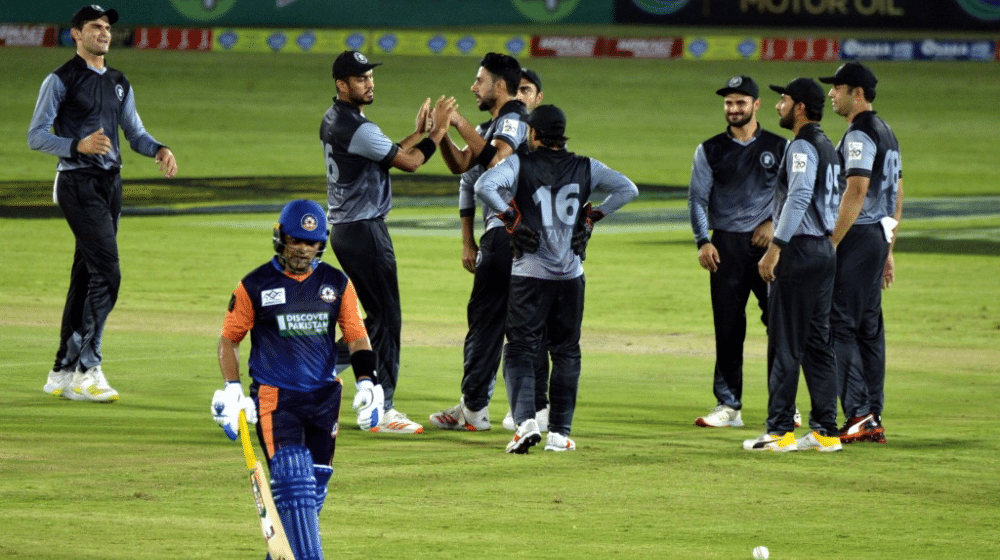 Khyber Pakhtunkhwa began their title defense with a solid victory over an experienced Central Punjab side. Central Punjab won the toss and decided to field first, hoping that they would restrict KP to a modest total.

KP’s captain, Mohammad Rizwan, continued his red hot form as he scored yet another T20 half-century. Rizwan was ably supported by Iftikhar Ahmed who scored 40 runs off 25 balls, helping KP to reach a big total of 187/5.

Central Punjab had no answer to the brilliant bowling display by KP. Pakistan’s ace left-arm pacer, Shaheen Afridi, stole the show as he picked up 3 wickets for only 25 runs in his four overs. Central Punjab’s middle-order batsman, Mohammad Akhlaq’s late flurry, 62 off 35 balls, was not enough as KP restricted them to 151/9 in their 20 overs.