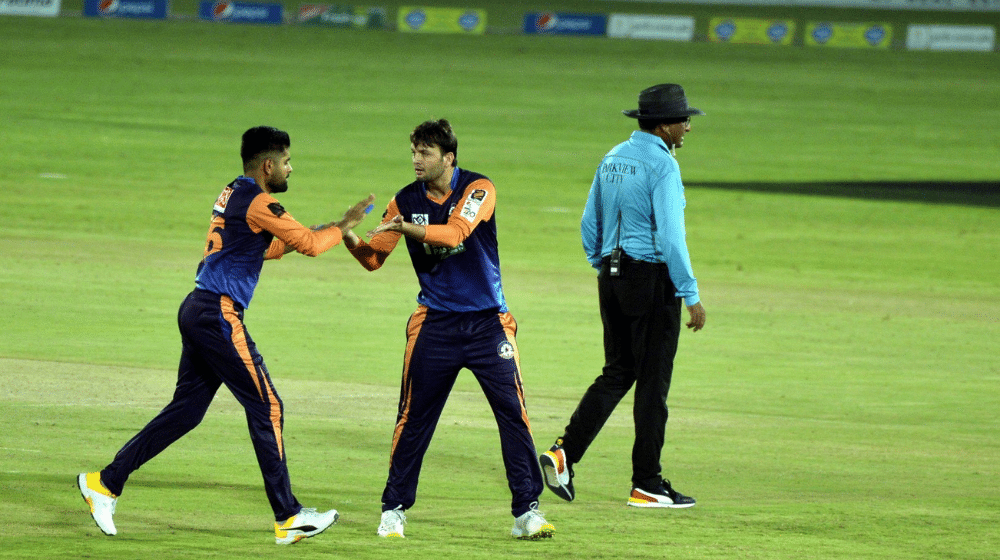 Central Punjab pulled off an amazing comeback as they chased down a modest target of 143 against Balochistan. Captain Babar Azam’s magnificent fifty and Wahab Riaz’s late blitz with the bat helped Central Punjab to their first win of the campaign.

Balochistan got off to a poor start despite winning the toss and electing to bat first. They lost wickets at regular interval and never managed to steady the ship. Umaid Asif’s flurry at the backend of the innings helped them post a respectable total of 142/7 at the end of 20 overs. Leg-spinner Usman Qadir was the star of the show with an exceptional spell of 4/25 in his four overs.

Central Punjab got off to a poor start themselves as they lost Kamran Akmal and Ahmed Shehzad early on in the innings. Star batsman, Babar Azam steadied the ship and top scored with 65 off 45 balls before losing his wicket to Akif Javed. Balochistan bowlers tightened the screw and managed to pull the game in their favor until the second last over of the innings. Wahab Riaz’s cameo of 20 off 8 balls helped Central Punjab to win the match by 8 wickets.