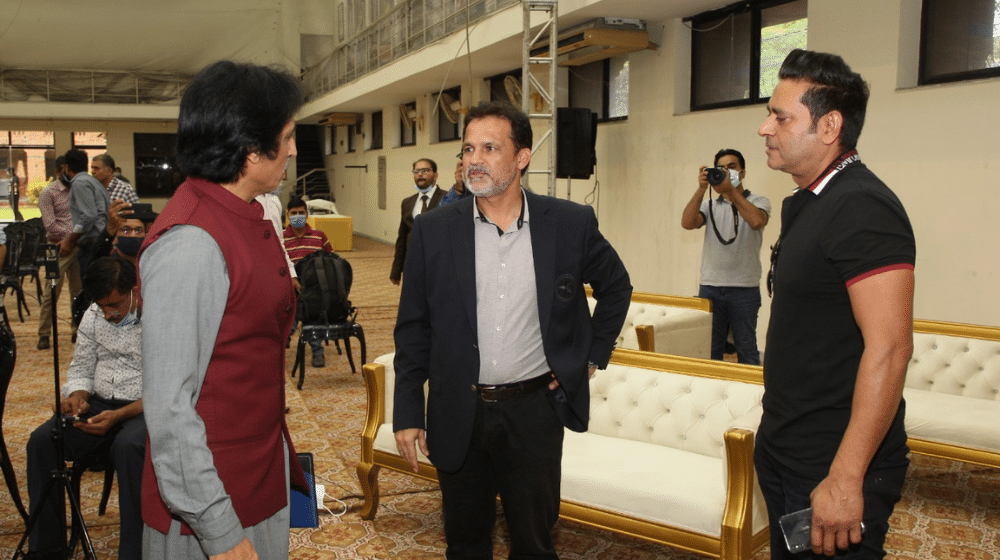 According to various reports, former cricketers Moin Khan and Aaqib Javed are likely to get roles in Pakistan Cricket Board (PCB). Both cricketers were also present during Ramiz Raja’s first press conference after being elected as PCB’s chairman.

They were part of Pakistan’s 1992 World Cup-winning squad, along with Ramiz Raja, and it is expected that the three former players will once again work together in the PCB.

Both Moin and Aaqib are also part of the coaching staff in the Pakistan Super League (PSL). Moin is the head coach of Quetta Gladiators and has guided them to one PSL title, whereas Aaqib is the head coach of Lahore Qalandars and took them to the final of PSL 5, their best-ever finish in a PSL season.

During his first press conference, Ramiz Raja had revealed that there would be a major overhaul in the PCB setup, but he had not revealed the details of the changes that are likely to be made. The first victims of the overhaul were former head coach Misbah-ul-Haq and former bowling coach Waqar Younis who resigned from their roles before Ramiz had even taken charge.

It is reported that Ramiz Raja is set to discontinue the position of CEO and instead will implement a new system, which will be overlooked by a new PCB Director of Cricket. The appointment of the new PCB director is expected to be made in the next few days.