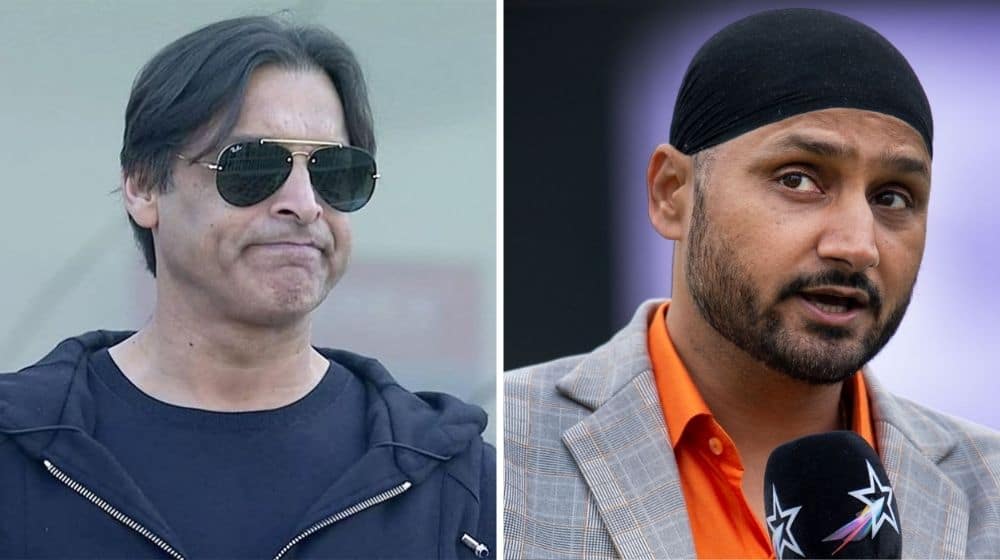 Former Indian spinner, Harbhajan Singh, has taken a dig at Pakistan ahead of the highly-anticipated clash between the two arch-rivals in the 2021 T20 World Cup. Harbhajan said that Pakistan do not stand a chance against India, and they should just give India a walkover to save themselves from embarrassment.

Harbhajan, while talking to Star Sports, spoke about his conversation with the former Pakistan speedster, Shoaib Akhtar, regarding the upcoming encounter.

“I have told Shoaib Akhtar, what is the point of Pakistan playing. You should give us a walkover. You will play, you will lose again, [and] you will be upset,” Harbhajan remarked.

“Our team is very solid, very strong, they will easily beat you guys,” he added.

Pakistan have yet to register a win in World Cups against their arch-rivals, having lost all the previous 12 encounters in both the ICC Cricket World Cups and T20 World Cups. Both the teams will face off against each other for the 13th time in mega-events.

However, the Men in Green did manage to pull off an amazing victory in the final of the ICC Champions Trophy four years ago and will be dsetermined to repeat their heroics in the upcoming clash.

Pakistan will face India on 24 October at 7:30 pm at Dubai International Stadium in their first match of the campaign.