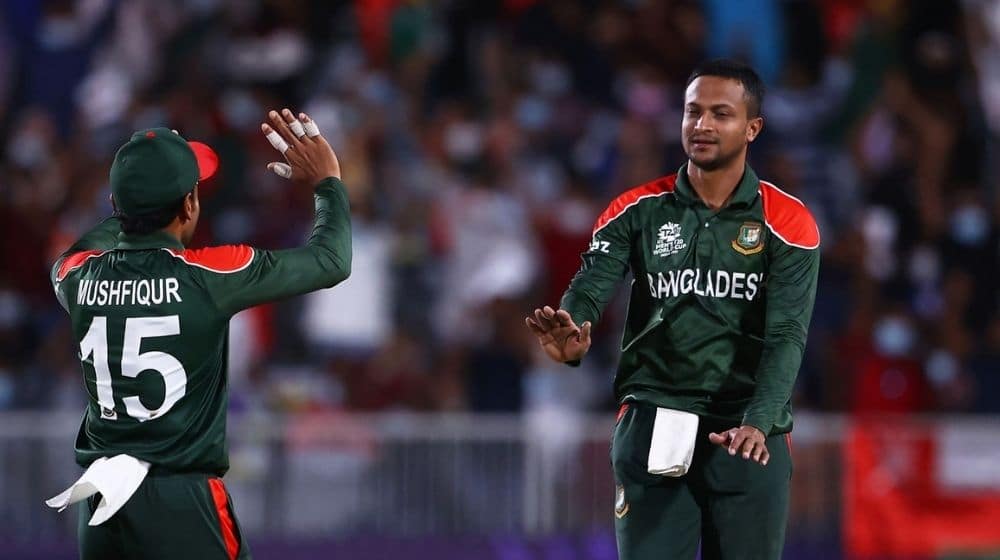 Bangladesh all-rounder, Shakib Al Hasan, has surpassed former Sri Lankan pacer, Lasith Malinga, to become the all-time leading wicket-taker in T20 Internationals (T20I). The left-arm spinner achieved the feat during Bangladesh’s match against Scotland in the first round of the 2021 T20 World Cup.

Shakib now has 108 wickets at an average of 20.46 and an economy rate of 6.70 in 89 matches he has played in the shortest format of the game. The all-rounder is one of only two players in the world to have more than 100 wickets in T20I cricket, the other being Malinga, who had taken 107 wickets throughout his career.

New Zealand pacer, Tim Southee, and Afghanistan leg-spinner, Rashid Khan, are the other two bowlers in the top five leading wicket-takers list that are still playing and have a chance to overtake Shakib as the leading wicket-taker in T20Is. Pakistan’s Shahid Afridi is 4th on the list with 98 wickets at 24.44 and an economy of 6.63.

Here are the leading wicket-takers in T20Is:

Despite Shakib’s historic milestone, it was a night to forget for Bangladesh as they lost their first match of the tournament to the underdogs, Scotland. Bangladesh will need to win their remaining two matches against Oman and Papua New Guinea in order to get a chance of qualifying for the Super 12s stage of the mega event.