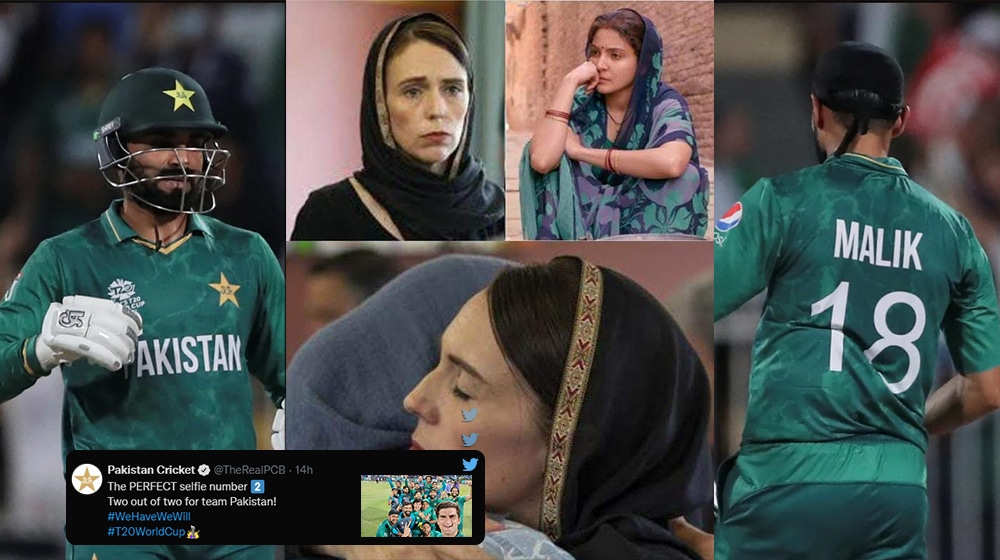 Twitter exploded with a new line of humor after Pakistan edged past New Zealand in their T20 World Cup matchup in incredible fashion.

Pakistan extended their impressive run by defeating New Zealand in a high-octane clash at Sharjah Cricket Stadium, claiming their second victory of the 2021 T20 World Cup. While the victory has offered a much-needed satisfaction to Pakistanis, many netizens didn’t feel like simply sleeping it off without popping a few jokes and memes on Twitter.

Everyone somewhat figured out that the Black Caps did not sleep very well; the following memes explain why.

We told you the security is very tight #PakvsNz pic.twitter.com/fYLtzkpNQC

Our media is even more naughty than us. 😂❤️ pakvsnz#AsifAli pic.twitter.com/arajmBhVyg

Condition of 6the floor confirmed by Arnab goswami. 😜😜#PakvsNz pic.twitter.com/4nC8bxfMWd

Host: Was there any security issue here???#KaneWilliamson: "Amazing Pakistan's #security was very tight,I tried to run they sent me back to the pavilion.Even running between the wickets was not allowed to me." #PakvsNz#T20WorldCup#CongratulationsPakistan pic.twitter.com/o9YcdV7Nhc

Meanwhile, feelings of every Pakistani:

Besides the rib-tickling meme-fest, others pointed out how the final partnership of Shoaib Malik and Asif Ali was imperative to Pakistan’s triumph.

They prepared for Babar Azam and Rizwan , Shoaib Malik and Asif Ali came out of sallybus 🤣#PakvsNz pic.twitter.com/8AO5mqdjt2

Another Twitterati pointed out how “we don’t only win games, we win hearts also”.

We don't win game only, we win hearts also. We are Champion of game. We are king of hearts.
#PakvsNz pic.twitter.com/h2Yst6NPXK

Do you have anything to add? Hit the comment section to let us know below.