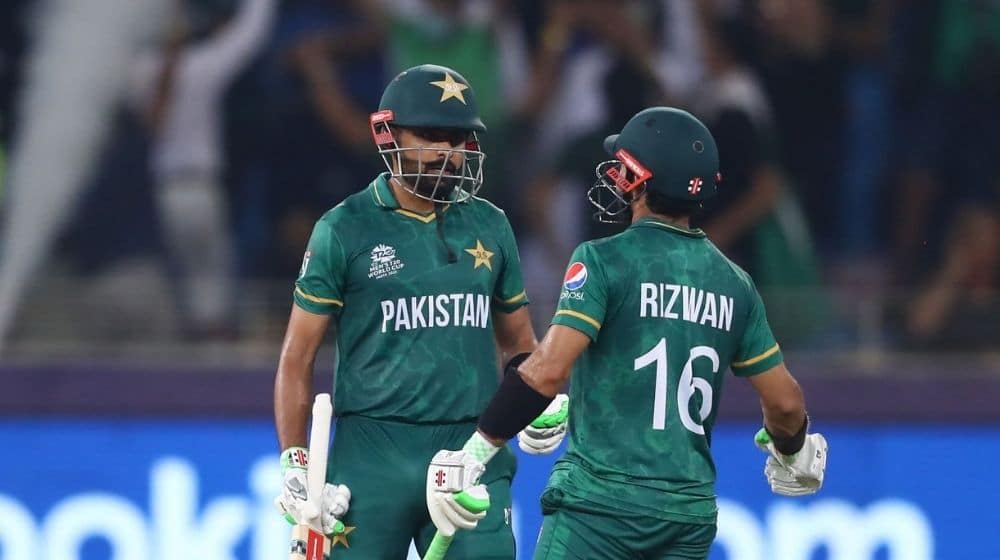 Pakistan’s opening T20I batters, Mohammad Rizwan and Babar Azam, have been in a terrific run of form over the past year and have piled on the runs for the Men in Green at the top of the order. Both the batters have developed a great understanding and look in complete control when batting with each other.

The duo has become the first Pakistani pair to score more than 1,000 runs in T20I cricket. They achieved the feat during their 28-run opening partnership in Pakistan’s victory over New Zealand in the 2021 T20 World Cup.

Overall, Babar and Rizwan are the 11th pair in the world to have crossed 1,000 runs as partners at the crease. Indian opening pair of Rohit Sharma and Shikhar Dhawan have scored the most runs as partners, piling on 1,743 runs in 52 innings they have batted together.

Babar and Rizwan have reached the milestone in only 17 innings. Their average while batting together is a staggering 63.06 and the pair has put on a partnership of 100 runs on four occasions. Out of four 100 run partnerships, they have gone on to score in excess of 150 runs in three of those innings and their highest partnership is 197 runs.

Here is the list of best pairs for Pakistan: