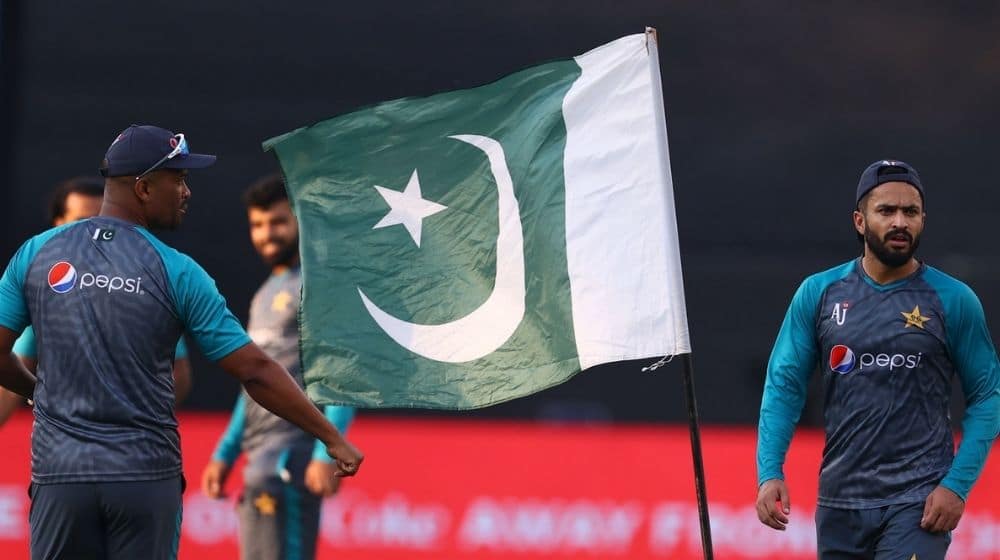 Former off-spinner revealed that the reason behind the unique strategy is to remind the players of the significance of unity and to stay clear about their goals in the 2021 T20 World Cup. He said that the national flag represents the entire nation, and the players should realize that they are playing for their nation and not for themselves.

Here’s a video of Shaheen Afridi planting the national flag:

Today, our Shaheen kept the lodge of Pakistan and this flag pic.twitter.com/bTT6QCd6dZ

Saqlain added that the players are motivated to perform even better, and the atmosphere in the dressing room is positive. He said that each player is clear about the ultimate goal of the team, and they are all working together to bring glory to the entire nation.

Pakistan has had a terrific start to its 2021 T20 World Cup campaign. The Men in Green defeated India by ten wickets in their opening encounter and then went on to defeat New Zealand by five wickets in their second match of the tournament.

Pakistan currently sits at the top of Group B in the 2021 T20 World Cup points table and would face Afghanistan in their next match, scheduled to take place on Friday at Dubai International Cricket Stadium.