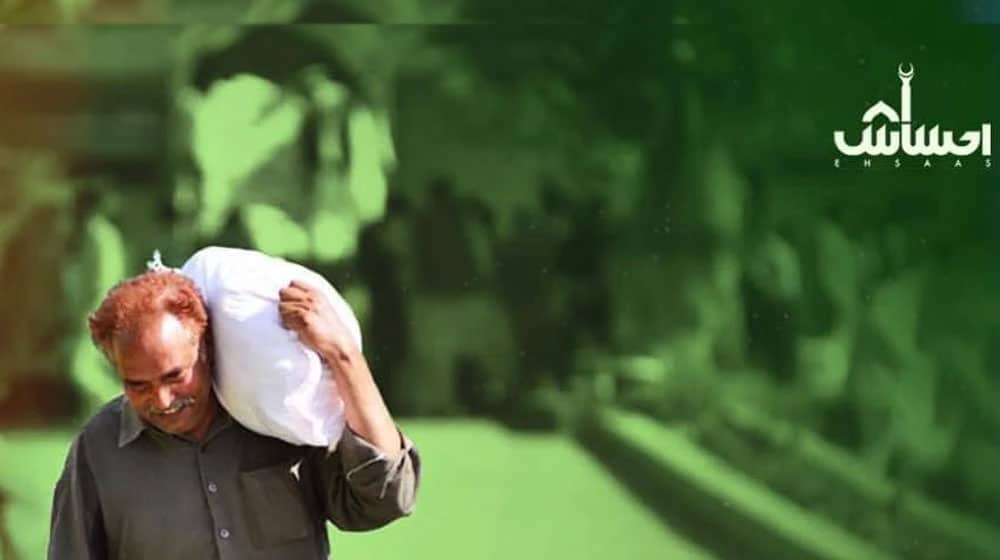 Speaking in this regard, KP’s Information Minister Kamran Bangash said that 3 million families will receive a 30% subsidy on per-unit purchase of three essential commodities—oil/ghee, flour, and pulses— for the next six months.

He said that the federal government opened the Ehsaas Rashan Portal for registration on Tuesday, urging families a monthly income of Rs. 31,500 or less to apply for subsidy on essential food items.

The Minister added that all applicants will undergo a strict verification process to prevent duplication and misuse of the initiative. It would take at least four weeks to determine the eligibility of deserving families, after which the disbursement of subsidy for the next six months will start in the province.

He said that the KP government may extend the subsidy under the Ehsaas Rashan Program just before the end of the six-month relief program.

He also requested the owners of grocery shops across the province to sign up at the Ehsaas Rashan Portal as the subsidy under the relief package will only be available at designated shops. These shops will receive the subsidy amount through a digital targeted subsidy disbursal system developed by the National Bank of Pakistan (NBP).

Last week, Prime Minister Imran Khan announced the country’s largest relief program worth Rs. 120 billion under which essential commodities will be subsidized for 20 million households across the country.

Under the historic relief initiative, more than 130 million of the country’s population will receive a 30% subsidy on the per-unit purchase of three essential commodities—oil/ghee, flour, and pulses— for the next six months.

The total allocated budget of the Ehsaas Rashan program over six months of FY 2021-22 is Rs. 120 billion whereas the federal government and all participating provinces will share its fiscal resources at a ratio of 35:65.