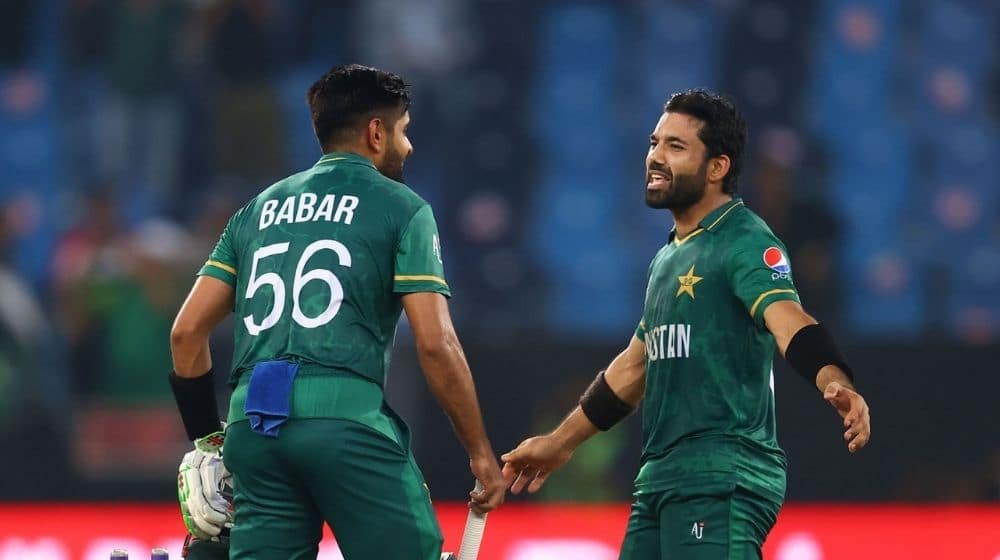 World number one T20 batter, Babar Azam, has been breaking batting records ever since his international debut in 2015. Pakistan’s all-format captain continued his rich vein of form in the 2021 T20 World Cup and led Pakistan to their first semi-final since 2012 T20 World Cup.

Babar is currently the highest run-scorer in the 2021 T20 World Cup with 303 runs at an average of 60.60 in 6 matches he played in the tournament. His tournament might have come to an end as Pakistan lost to Australia in a high-octane semi-final clash but he still broke records in his debut tournament.

Babar broke the record of the most runs scored in a debut T20 World Cup. The record was previously held by former Australian batter and current Pakistan batting consultant, Matthew Hayden. He scored 265 runs in the inaugural edition of the tournament in 2007. Since then, no batter was able to score more runs than him in the debut tournament.

Babar’s opening partner, Mohammad Rizwan, also contributed to Pakistan’s amazing run in the ongoing tournament. He too surpassed Hayden’s record in his debut tournament. Rizwan scored 281 runs at an average of 70.25 in the 6 innings he played in the mega event.

The two batters are also at the top of the run-scoring charts in the 2021 T20 World Cup and have scored the most runs in both T20Is and T20s in the calendar year. They will be determined to amass more runs in Pakistan’s upcoming series against Bangladesh and West Indies.