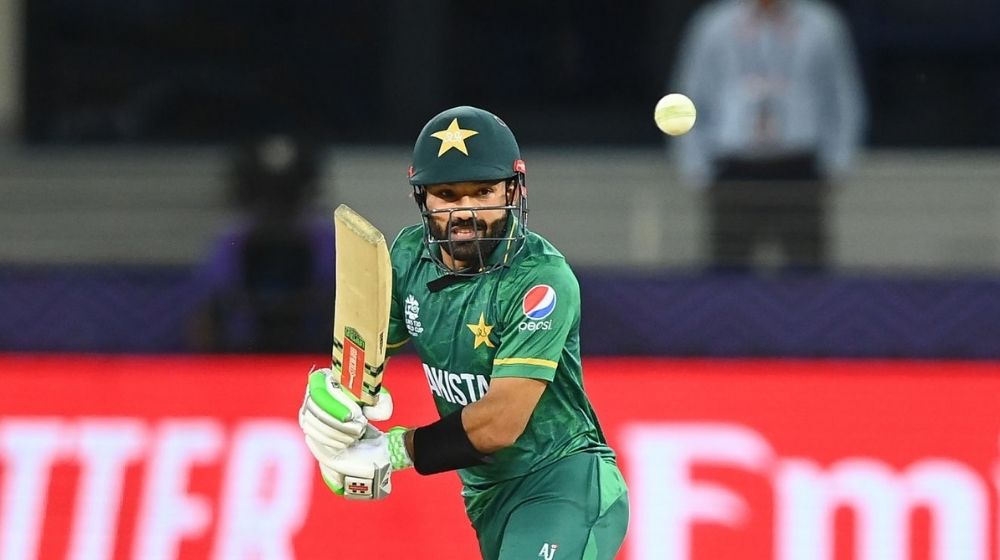 Pakistan’s wicket-keeper batter, Mohammad Rizwan, scored a scintillating knock of 67 runs off 52 balls in the semi-final clash against Australia but his feat became even more impressive when it was revealed that prior to the match Rizwan had spent two days in the Intensive Care Unit (ICU) due to a chest infection.

“Mohammad Rizwan developed a severe chest infection on November 9th after which he was admitted to the hospital. He spent two nights in the ICU recovering,” Somroo said.

“He made an incredible recovery and was deemed fit before the match. We can see his great determination and tenacity that shows his spirit of performing for the country. And we can see how he performed today,” he added.

Pakistan’s captain, Babar Azam, said that Rizwan is a proper team man and he was ready to play in the semi-final despite his condition. He further revealed that the two players had a conversation regarding his participation prior to the match but Rizwan was adamant that he will play.

During the match, Rizwan was also struck with a bouncer right to his cheekbone. The ball left its mark as Rizwan’s face got bruised up but even that could not stop the 29-year old to perform at the biggest stage.

Rizwan’s incredible determination to play the match and to perform the way he did despite his health amazed the cricketing fraternity and they took to social media to appreciate the spirit of the gritty wicket-keeper batter.

Can you imagine this guy played for his country today & gave his best.
He was in the hospital last two days.
Massive respect @iMRizwanPak .
Hero. pic.twitter.com/kdpYukcm5I

This is unreal. No wonder Matthew Hayden called him a warrior. Huge respect for Mohammad Rizwan who spent two nights before the #T20WorldCup semi-final in ICU – then top-scored with 67! https://t.co/YLfJOGFmUO pic.twitter.com/2ztPUsuuWF

A great example of courage, determination and resilience. Might not have ended up on the winning side, but Mohd. Rizwan’s grit and fight after being in ICU for two days, truly inspiring. Sport is a great teacher and there is so much to learn from everyone. pic.twitter.com/O2PatLEuWJ

For me, Rizwan defined the spirit of Pakistan Cricket.

He was in ICU for 2 days but played today; hit on the face with a bouncer but went on to be the top scorer; kept the wickets with a vicious bruise on the face.

You showed the world why they can’t ignore Pakistan cricket! pic.twitter.com/CMSbWPQBzl

Matthew Hayden "Mohammad Rizwan was in hospital a night ago suffering with some sort of lung condition. This is a warrior. He's been brilliant through the campaign and he has great courage" #T20WorldCup #PAKvAUS

Rizwan spent the last 2 days in ICU because of his chest infection. We are so proud of you @iMRizwanPak 🇵🇰❤️