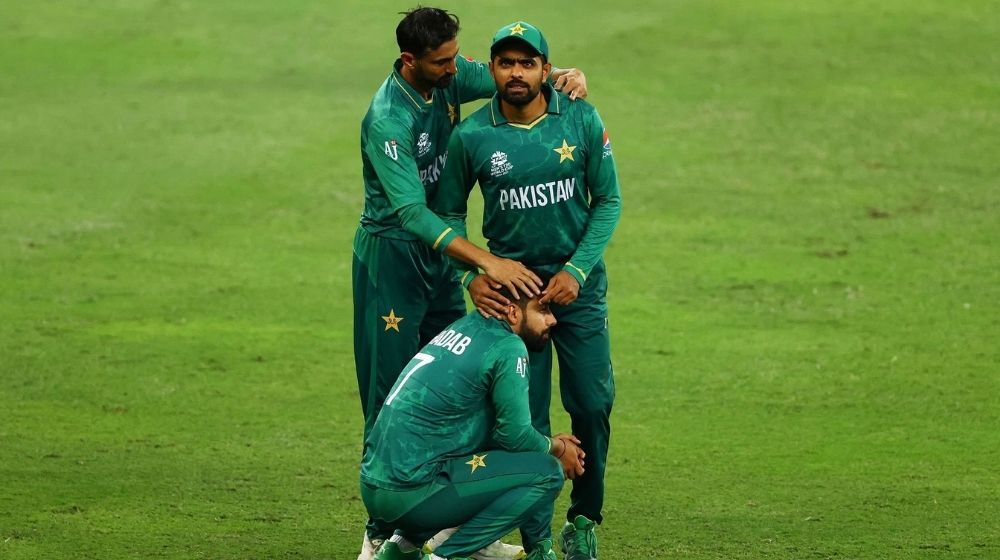 Pakistan’s captain, Babar Azam, gave an inspiring speech to the Pakistan cricket team after their heartbreaking loss to Australia in the semi-final of the 2021 T20 World Cup. Babar thanked the players for their incredible fight and giving their hundred percent in each match throughout the competition and told them to take the loss on the chin and learn from the mistakes.

Babar said that the team is a unit and they win and lose games together. He added that no individual is to blame for the loss and no one should be pointing fingers at other players. He said that winning and losing are part of the game and he is incredibly proud of the way each player has performed in the tournament.

The 27-year old said that the loss hurt each and everyone one of us but this is not the end of the world and everyone should be focused to perform even better in the future. He said that everyone in the dressing room knows what mistakes were made in the tournament and we have to learn from our mistakes.

Babar Azam, Saqlain Mushtaq and Matthew Hayden are proud of their side despite a five-wicket defeat in #T20WorldCup semi-final. pic.twitter.com/kAem5PrWjj