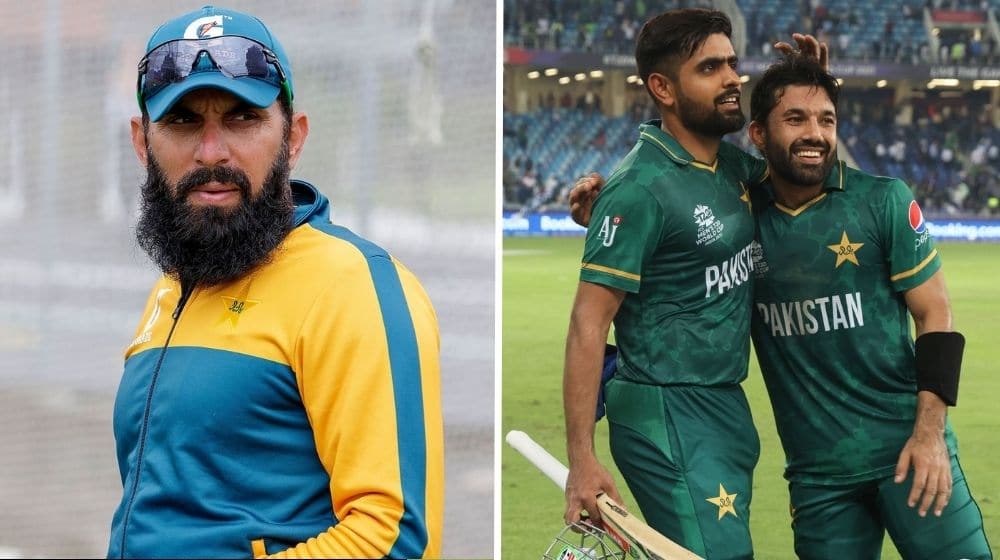 Pakistan’s wicket-keeper batter, Mohammad Rizwan has been one of the most in-form players in world cricket over the past year. Rizwan is the leading run-scorer in the T20 format in the calendar year and has performed exceptionally in the Test format as well. He has witnessed a meteoric rise ever since he has been promoted up the order in T20 cricket and has broken several international records since his promotion up the order.

Pakistan’s former head coach, Misbah-ul-Haq lauded the performances of Mohammad Rizwan and said that his contributions for the Men in Green have been on par with Pakistan’s all-format captain, Babar Azam. Misbah said that Rizwan’s performances have been equally important as Babar’s but he still has a long way to go to prove himself as a top batter in all three formats. Misbah said that Babar has already established himself as one of the best batters in world cricket whereas Rizwan is still relatively new in the international arena.

The former captain said that he knew the qualities Rizwan possessed and his ability to play fast and spin well was the reason behind promoting him as an opener. He added that Rizwan’s promotion up the order has been beneficial for the entire team as it has enabled the management to play a balanced side. Misbah added that whenever a wicket-keeper is an excellent batter it provides the opportunity to be flexible in team selection and that is exactly what has happened with Pakistan ever since Rizwan was promoted up the order.

Misbah said that Rizwan is a fighter and his discipline and fighting spirit has been working for him recently.