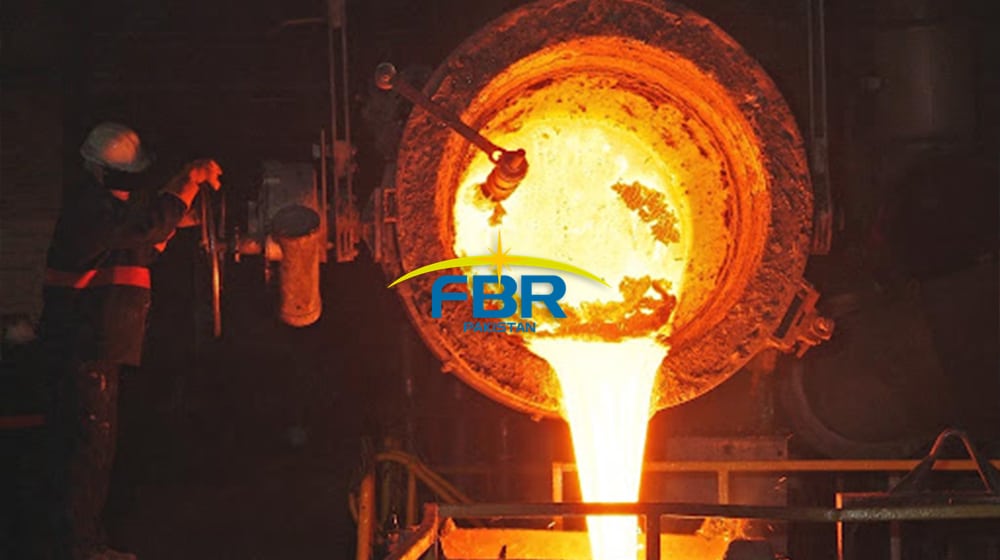 The Federal Tax Ombudsman (FTO) has directed the Federal Board of Revenue (FBR) to conduct a special audit into cases of steel melters.

A handout states that the FTO, exercising its own motion powers under section 9(1) of the Federal Tax Ombudsman Ordinance 2000, took cognizance of connivance in gross misuse of sales Tax Special Procedure Rules, 2007 on the steel sector.

ALSO READ
FBR Increases Property Valuation Rates By Up To 600%

This in-house analysis also unearthed specific instances of misuse of powers, negligence, inattention, delay, incompetence, inefficiency, and ineptitude, of FBR officers, in the administration of duties and responsibilities in the cases of steel melters at Lahore, assigned to CTO Lahore.

The FTO’s In-House Analysis report confirmed that glaring instances of organized fiscal fraud are visible in the handling of cases of steel smelters.

Initially, it was found that 881 Exclusion Certificates (ECs) in 39 cases of registered persons (during 2016-19) were issued without ensuring payment of tax in state exchequer rather only against bank Cheques. Thus state Revenue was compromised.

In addition, 347 cheques out of 881 were found missing for clearance besides another 29 cheques were bounced/dishonored. As the total number of steel cases is around 200, therefore, the fate of other unattended cases can be well judged from this sample.

In certain cases, evidence on record proves that in addition to the issuance of ECs, original Cheques were returned to the Registered Persons after the receipt of bribes.

In some cases, cheques submitted by one taxpayer were credited to some others who thus availed ECs without paying any tax. Despite having solid evidence of fraud in 39 cases only in 08 cases FIRs were registered against the culprits, according to the FTO inquiry.

Despite the solid documentary trail thus far, only one formal inquiry has been initiated, and that too is against a UDC. The state of affairs of this inquiry can be judged from the fact that this hushed-up inquiry was initiated by an officer who himself was part of the team, alleged to have issued bogus ECs. Even the alleged official was granted leave from Ex-Pakistan and currently, he is in Dubai.

Thus, for the fraudulent issuance of ECs which is an exclusive domain of Commissioner-IR, the department has held a UDC responsible which is a mockery of internal accountability.

Despite all of the above, the department is portraying the whole scam as a minor procedural lapse, FTO mentioned in its findings.

The FTO directed the FBR to conclude the unending trail of Fact-Finding Inquiries and some formal administrative proceedings, based on the valid observations made by external audit besides an inquiry also be initiated against the officers who have been playing havoc with the state exchequer.

In addition, it also directed the FBR to conduct a Special Audit of all steel cases at Lahore and other stations to gauge the quantum of similar loss at other stations. This audit needs to be assigned to Directorate General I&I-IR so as to ensure an objective and independent exercise.