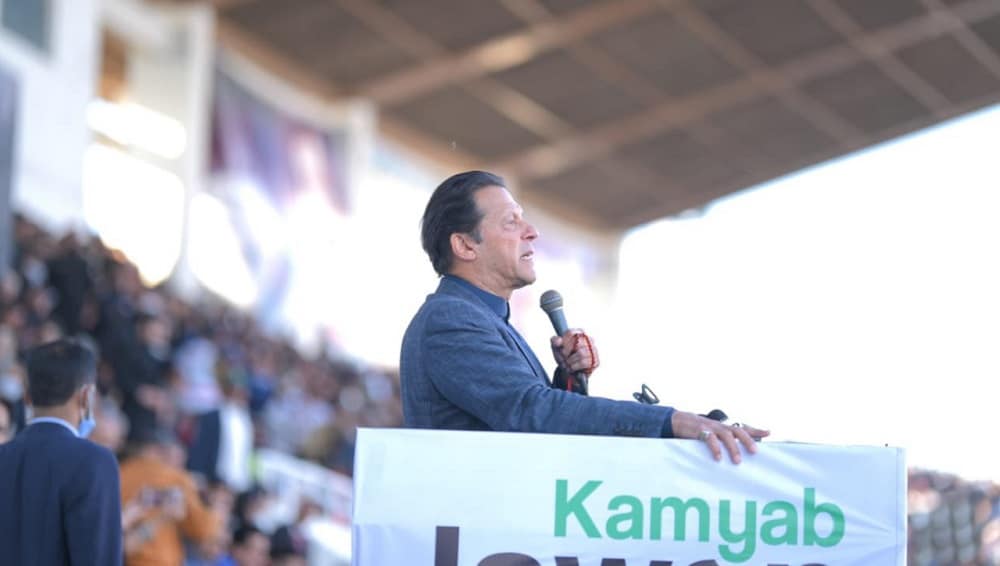 Prime Minister Imran Khan has announced to revamp the entire sporting structure of the country to enable new world-class athletes to come forward from the grassroots level.

Addressing the launch event of Kamyab Jawan Sports Drive in Islamabad on Monday, the premier said that the federal government has introduced various measures, including talent hunt programs, construction of new grounds, reforms in sports federations, to turn Pakistan into a formidable force on the global sporting stage once again.

Underscoring the importance of sports for a healthy lifestyle, he added that the federal government has constructed more than 500 new sports ground all over the country since 2018.

The premier said that the federal government will construct more grounds in every village, town, tehsil, and district to enable the country’s 70% of the population that is under the age of 30 to engage in sporting activities.

Launched in collaboration with the Ministry of Inter-Provincial Coordination (IPC) and the Higher Education Commission (HEC), the Kamyab Jawan Sports Drive is one of the four projects worth Rs. 4 billion launched by the federal government to revive the sports culture in the country by promoting sports at the grassroots level.

Under the initiative, 22 sports talent hunt programs for both males and females aged under 25 will be held up all over the country, 12 high-performance centers will be set up in different universities, and a world-class movement analysis laboratory will be established in Karachi.