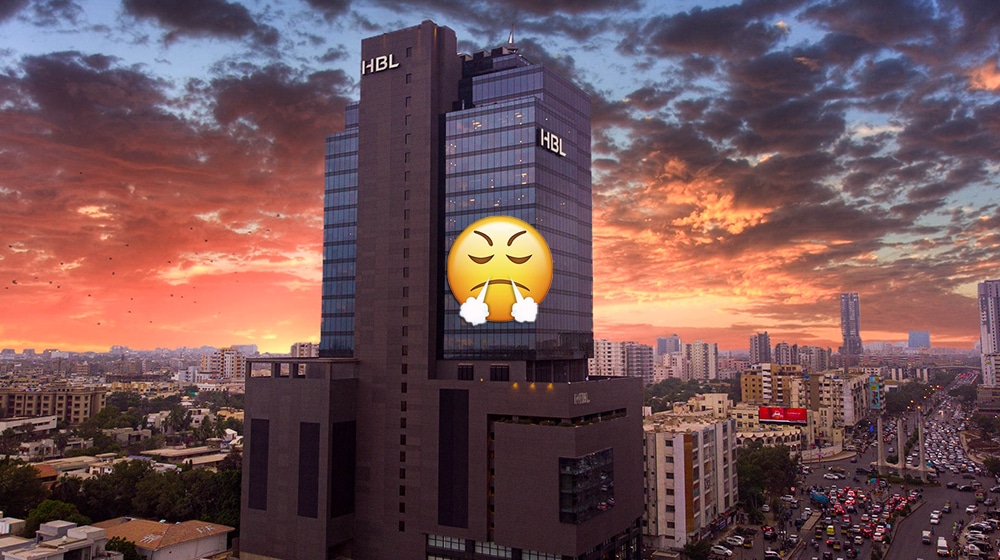 Habib Bank Limited (HBL), Pakistan’s largest and most profitable bank, has once again left its customers in a lurch with either interrupted or no service at branches, ATMs, online, and related mobile banking channels.

The system of HBL has yet again collapsed after hundreds of thousands of customers attempted to make transactions on the very first working day in the banking sector of the calendar year.

After receiving a plethora of complaints and a lot of heat on social media, HBL finally built up the courage to respond via its Twitter account: “We are aware of the issue and have notified our teams to look into this at the earliest. We understand the hassle you must have gone through and sincerely apologize for the inconvenience.”

We are aware of the issue and have notified our teams to look into this at the earliest. We understand the hassle you must have gone through & sincerely apologize for the inconvenience. – FA

The services of the bank were consistently poor in the closing months of 2021, and the same has continued in 2022.

In October 2021, HBL’s internet services fell down twice, causing major disruption to its customers in the first week of the month, which persisted in the second week despite urgent measures taken by the bank. In the subsequent month of November 2021, customers of the bank witnessed a surprise deduction of money from their deposits without any announcement from the bank.

Later, HBL explained the real reason behind the deductions of funds from the accounts, saying that it was a reversal of payments, which the bank mistakenly made as a result of a software malfunction that doubled the debit of funds.

ALSO READ
Rupee Starts 2022 With Losses Against the US Dollar

Regardless, with its profitability last year, HBL surpassed all other competitive banks in the banking market. It also took first place in terms of consumer complaints received by the Pakistan Banking Ombudsman and the PM Portal. The total number of complaints received was 5,317, significantly above the number received by any other bank in the country.

To increase the standard of banking services in the country, the State Bank of Pakistan should examine the performance of banks’ services and develop a quality of service index. It should also penalize banks for offering bad customer service, just as it does for ensuring that regulations are followed in operations.