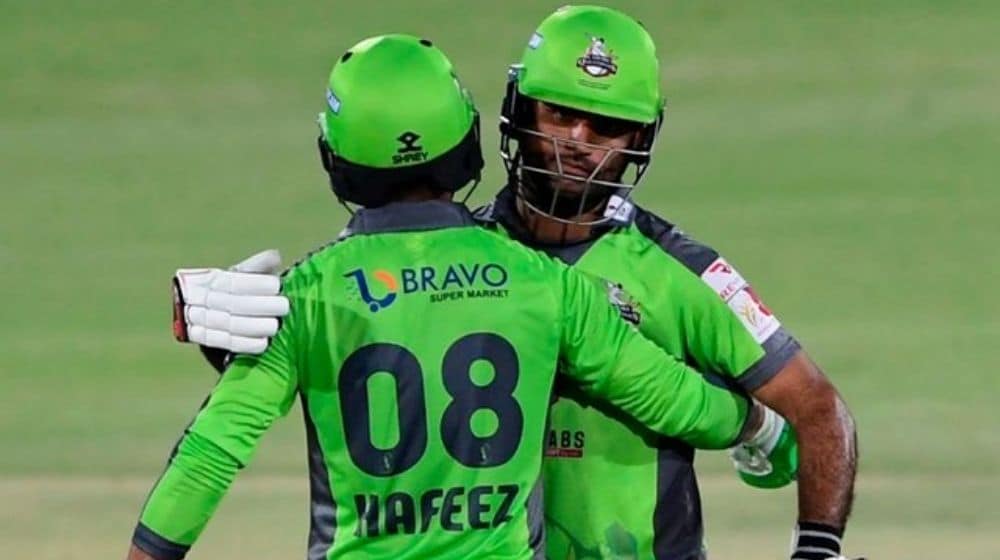 Mohammad Hafeez received a lot of love from the cricketing fraternity on social media after his decision to retire from international cricket. While the cricketing faithful lauded the veteran all-rounder for his contributions to Pakistan cricket, there was also a section of social media users who grabbed onto the opportunity to make memes.

One hilarious meme was shared by a Twitter user where he pointed out that Hafeez had stated that he is retiring from international cricket with ‘Fakhar’ (pride). Pakistan’s explosive opener, Fakhar Zaman, responded to the meme in a hilarious fashion.

Fakhar replied to the meme and said that there is still some time for his retirement while he tagged Hafeez in the post as well. The hilarious response of Fakhar went viral on Twitter as his post garnered over 7,000 likes and over 500 retweets.

Both Fakhar and Hafeez will be seen in action together for Lahore Qalandars in the upcoming Pakistan Super League (PSL) 7. The two players have been a part of the franchise over the past few years and are considered crucial members of the team.

Lahore will face Multan Sultans in their opening encounter of the tournament on 29 January at National Stadium Karachi.