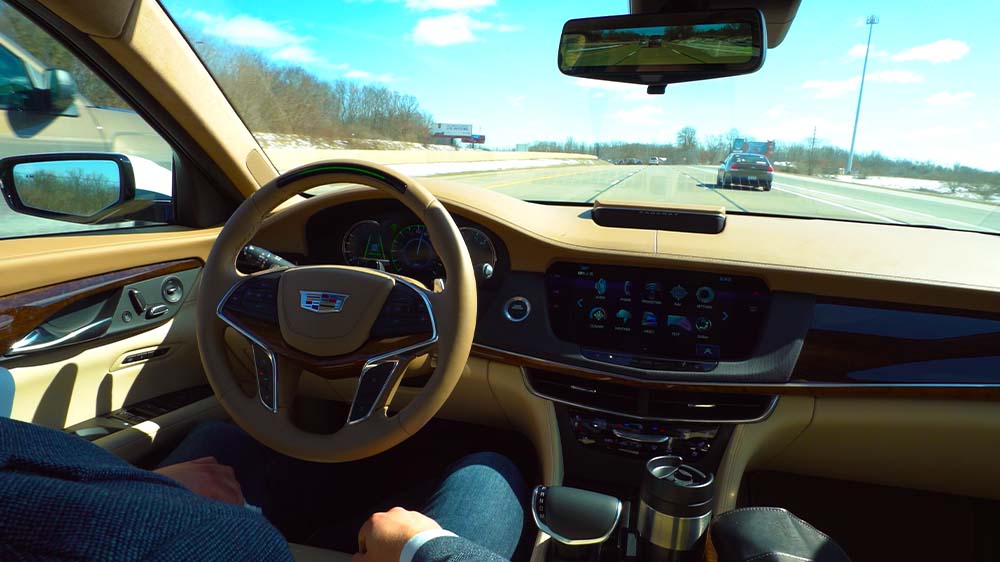 ALSO READ
Hyundai Introduces Metamobility That Will Change How We Travel

What’s New in the Ultra Cruise?

GM had initially announced the Ultra Cruise at an investor event last year as a major upgrade to its Super Cruise System which also provides a hands-free driving experience on mapped, broader, and divided highways. It stated that the innovative feature will manage 95 percent of driving conditions on two million miles of roads in the United States.

We are attempting to have this feature be sort of a door-to-door driverless operation. When the vehicle gets onto a capable road, Ultra Cruise will automatically engage and handle the majority of the work, hands-free. Stop signs, stoplights, turns, splits, merges, freeways, subdivisions, and all of those domains.

Ditman credits all of the abovementioned high-end features in the Ultra Cruise feature to Qualcomm’s latest high-powered processors. Qualcomm had entered into an agreement with GM last year to deliver computer chips for the latter’s next-generation electric vehicles (EVs).

The Cadillac Celestiq 2023 will be the first EVs to feature Qualcomm’s Snapdragon SA8540P SoC along with the SA9000P artificial intelligence (AI) accelerator that is based on chipmaker’s latest ADAS platform.

According to GM, the SoC will provide low-latency control functions on 16-core CPUs followed by high-performance AI compute of over 300 Tera Operations Per Second (TOPS) for various components that include radar, camera, and lidar processing besides saving a lot of space.

Ditman said that the chip allows GM to utilize the space more efficiently. “It gives us the throughput that we need, it let us take what was originally architected to be distributed modules throughout the car and move all that functionality into the one box,” he explained.

Combining the modules for mapping, video process, and driver monitoring into a single box has enhanced the system’s processing, allowing GM to detour the previous system that is routed through the vehicle’s CAN network.

Ultra Cruise will utilize the installed sensors including radars, lidar, and cameras to operate the vehicle’s braking, acceleration, and steering. The company has not provided in-depth details about the sensor suite but Ditman revealed that the system depends on 20 different devices.

GM considers Ultra Cruise a Level 2 system despite its enhanced capabilities as the Society of Automotive Engineers defines Level 2 as ‘an autonomous level of a vehicle that can control acceleration, deceleration, steering, blind-spot monitoring, and even switching lanes on its own’.

Still, the driver needs to be cautious and attentive to the road or the infrared sensor will detect that it is unattended and will send multiple warnings to the driver before it disengages the autonomous driving.

Ditman mentioned that GM has studied driver behaviors by monitoring driving manners and made appropriate corresponding changes to Ultra Cruise.

Some studies suggested that drivers are slow to take control in a Level 2 system, a threat that might lessen the safety for an advanced driver assistance feature but GM’s mighty driver monitoring system urges drivers to get their hands on the wheel and eyes back on the road.