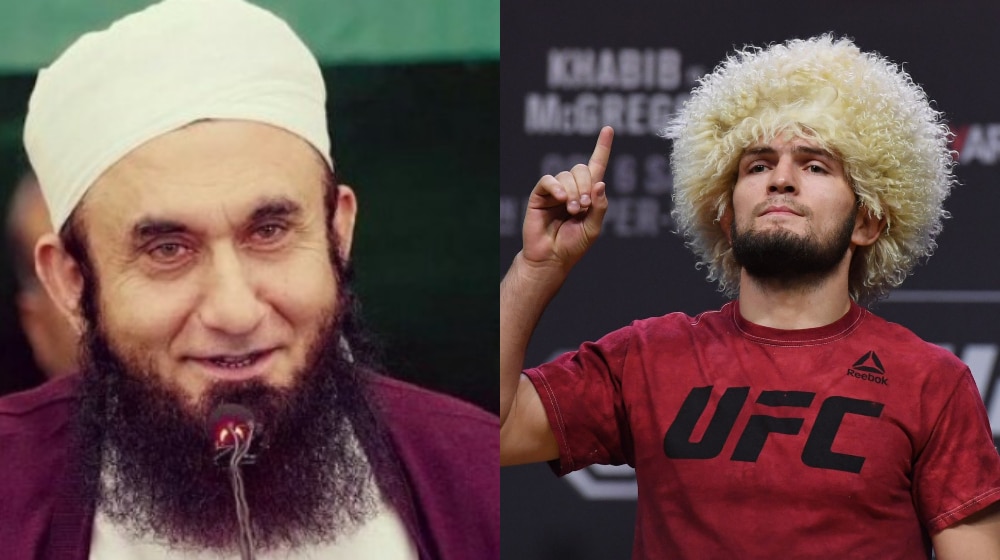 Former Russian mixed martial arts (MMA) fighter, Khabib Nurmagomedov, is undoubtedly a popular figure across the world but he holds a special place in the Muslim community.

Recently, he cemented his place in the hearts of Muslims once again as he sent his greetings to the leading Islamic scholar, Molana Tariq Jamil, in a short video message.

Let’s have a look at the video first.

The video has been shared by Molana Tariq Jamil (MTJ) Foundation Canada. The 23-second video has been recorded by a student of the religious scholar who starts the video by saying:

Assalamualaikum (peace be upon you), Maulana Sahab [Tariq Jami], I hope you are doing well. I am with Khabib who wants to say Salaam (greetings) to you.

He then turns the camera to Khabib Nurmagomedov who greeted the religious preacher and inquired about his health. He says:

Assalamualaikum Warahmatullahi (peace be upon you and Allah’s mercy) sheikh Tariq. How are you? How is everything, brother? I hope everything is good with you and your family.

The Russian also asked Molana Tariq Jamil to pay Salaam to everyone in Pakistan on his behalf. He also hinted at touring Pakistan in the future as he ends the video by saying:

See you [Tariq Jamil] insha’Allah (if Allah wills it).

Khabib Nurmagomedov is regarded as the greatest lightweight fighter in the history of MMA. He announced his retirement from the sport in a post-fight interview in October 2020.

The 33-year-old ended his career with an undefeated record of 29 wins and no losses. He was also the longest-reigning UFC Lightweight Champion as he held the title from April 2018 to March 2021.

Khabib is also a practicing Muslim and serves as a role model for Muslims worldwide. In October 2020, he was lauded by the Muslim community for publicly criticizing French President Emmanuel Macron over his Islamophobic comments.