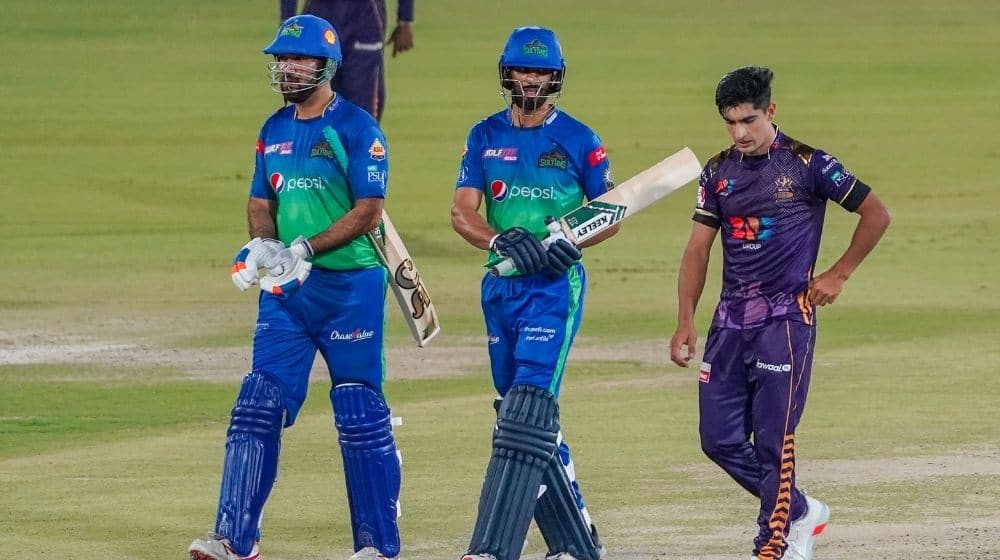 Multan Sultans continued their winning run in the Pakistan Super League (PSL) 7 as they defeated Quetta Gladiators by 6 runs. Multan became the first side in PSL 2022 to successfully defend their total and as a result, they maintained their top spot in the PSL points table. Similarly, Quetta also maintained their third spot in the points table despite losing the match.

Multan batters managed to stay put in a sluggish pitch at National Stadium Karachi with opener Shan Masood playing yet another magnificent half-century. Late fireworks from Tim David and Khushdil Shah helped them to a respectable total of 174/4.

Quetta managed to cruise along the run-chase until Imran Tahir and Khushdil Shah struck back in the middle phase of the innings. Quetta’s run-chase faltered as they lost wickets at regular intervals. Iftikhar Ahmed staged an epic comeback for Quetta as he struck Imran Khan Sr. for 24 runs in the 17th over. Despite his best efforts though, Multan managed to hang on and win their third successive match in the tournament.