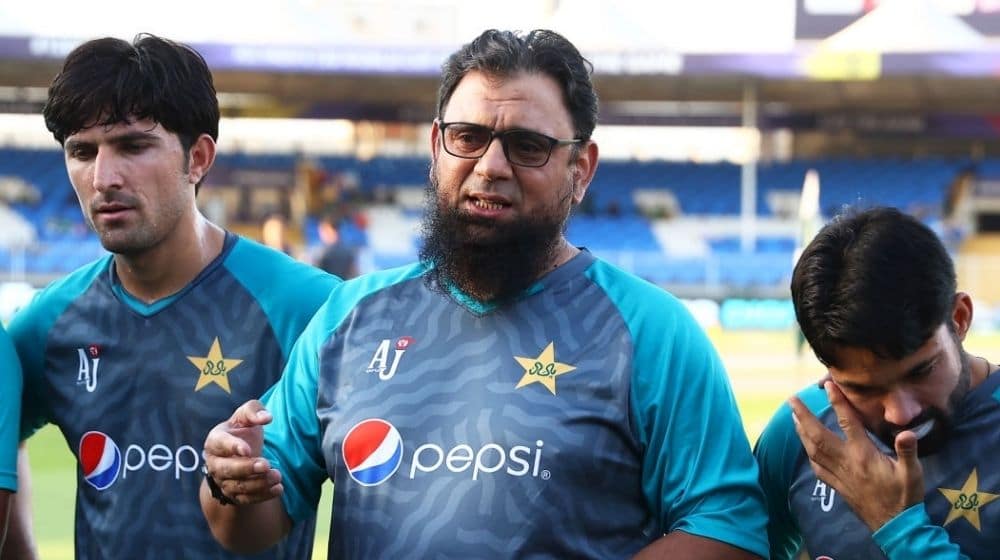 Former spinner, Saqlain Mushtaq was considered one of the best off-spinners in the world. He was a great cricketer himself and now he is providing his services as head coach for Pakistan’s national side.

Saqlain was appointed Pakistan’s interim coach for T20 World Cup last year and in his tenure, Babar Azam led the Pakistan side into the World Cup semi-final. On the first day of the camp ahead of the Australia Test series, Saqlain opened up on Babar Azam and his side Karachi Kings.

While talking about Babar Azam’s recent performance, Saqlain said that Babar is one of the best batters in the current era but his performance for Karachi Kings both as a batter and as a skipper is not satisfactory.

“Babar Azam is the number one batter in the world. Actually, in T20 cricket, the team which gets momentum, in the beginning, gets successful, and unfortunately, Karachi didn’t get that,” Saqlain added.

Babar Azam is representing Karachi Kings for the time as a skipper but under his leadership, the franchise is going through its worst phase in the tournament’s history. On Wednesday, the Kings lost their eighth consecutive league game, the worst run by a PSL side in the league.

While appreciating the all format skipper, the inventor of Doosra said that in the recent past, the batter has shown his talent and delivered his best performance for Pakistan which shows that he is a world-class cricketer.

Talking about his technique and competence as national team leader, the head coach said that Babar Azam is a great captain as he is leading the national team from the front. He has the courage and technique to face both fast and spin bowlers at any surface in the world, he added.