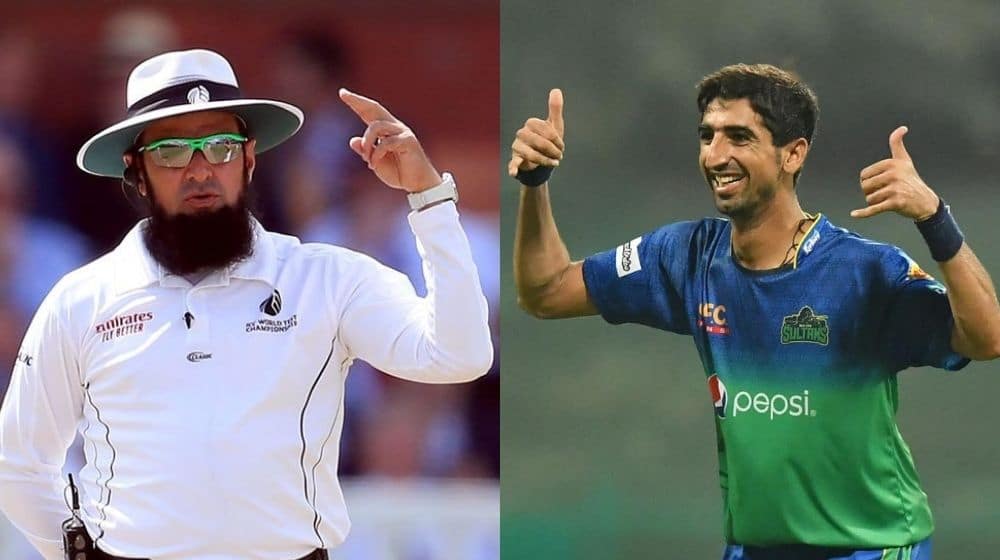 Shahnawaz Dahani is known for his energetic celebrations. However, this time umpire Aleem Dar attempted to stop excited Dahani as he ran to celebrate Naseem Shah’s wicket.

Shahnawaz Dahani is always seen making merry on and off the field owing to his jolly nature. The fast bowler runs all around the ground celebrating his wickets and the energetic style has always sparked memes.

However, this time Shahnawaz Dahani was joined by the umpire, Aleem Dar. As Shahnawaz Dahani ran to mark Naseem Shah’s wicket after uprooting his stumps, Aleem Dar tried to catch the fast bowler. Although the attempt was not powerful enough to stop excited Dahani from running all the way to the boundary, it has been widely shared on social media.

After Aleem Dar, Shahnawaz Dahani also received a reaction from Nasim Shah who came back from the pavilion asking Dahani to stop teasing him. Nasim Shah, jokingly, swung the bat at Dahani, making him go back to the game.

Shahnawaz Dahani’s wickets, in the end, helped wrap Quetta Gladiators for 128 runs as Multan Sultans won by a huge margin of 117 runs.