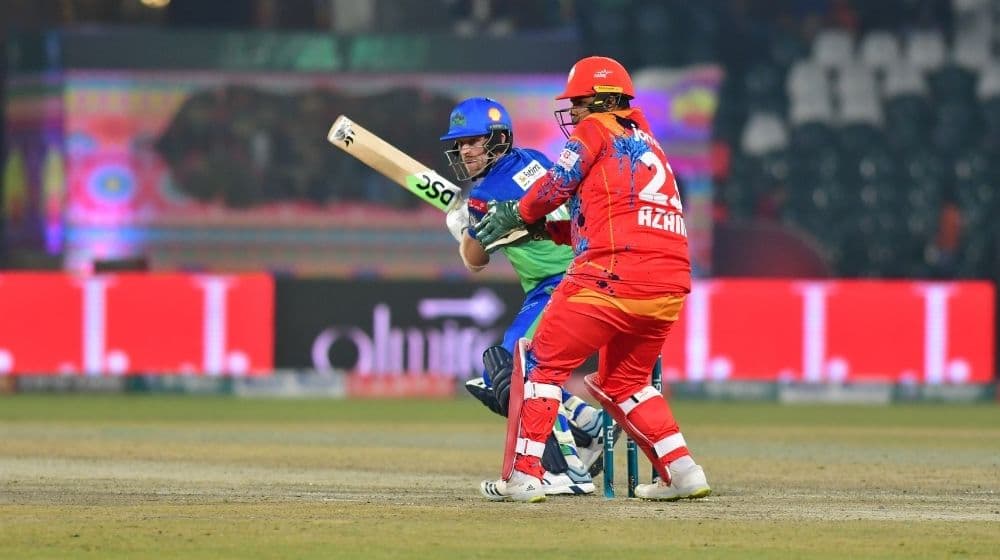 Multan Sultans cruised past Islamabad United as they registered a convincing 6 wicket victory. Despite a disappointing result, Islamabad managed to qualify for the PSL play-offs due to their superior net run rate than Quetta Gladiators.

Islamabad got off to a horrible start as they lost wickets in quick succession. They were lingering at 7/77 before a late flurry from Musa Khan helped them cross the 100-run mark. Islamabad scored the lowest total in the competition so far as they finished their innings on 105/7.

Multan too got off to a poor start as they lost three wickets in the early part of the innings. Mohammad Rizwan and David Willey built the rest of the innings and comfortably chased down the total with 6 wickets in hand and over two overs to go.

Imran Tahir was named as the player of the match for his excellent figures. He finished with figures of 2/8 in his 4 overs.

Islamabad United will face-off against Multan Sultans in the 29th match of the Pakistan Super League (PSL) 7. The two teams will battle it out against each other at the Gaddafi Stadium, Lahore at 7:30 pm PKT on Sunday, 20 February.

Islamabad will be hoping to win their match against the league leaders Multan Sultans and book their place in the PSL playoffs for the sixth time in their history. Multan, on the other hand, will be looking to continue their winning momentum and head into the playoffs with full confidence.

United have had a torrid campaign and have been hampered with multiple injuries. Hasan Ali and Faheem Ashraf are the latest casualties and it looks like Islamabad will be without their major stars for the rest of the season. They will be hoping for some luck as they face the mighty Sultans.

Sultans have been clinical throughout the campaign and will be determined to keep the fine run going. A little mishap at this stage of the tournament can quickly turn around their fortunes hence they will be fully focused on the task at hand.

Islamabad are likely to make a few changes as Faheem Ashraf suffered an injury last night while Rahmanullah Gurbaz has departed for international duty. Multan are likely to field the same XI.

Overall, the two teams have come face to face 10 times in the tournament. Both the teams share the spoils at the moment with 5 wins each. They last faced each other in PSL 7 on 1 February 2022 at National Stadium Karachi which Multan won by 20 runs.

Asif Ali has not been at his usual best during the season. Islamabad will be looking towards their interim captain to provide the inspiration to spur them to their playoffs charge.

Khushdil Shah has been magnificent in the tournament. He was exceptional with the ball the last time these two teams met as he picked up 4 wickets to derail Islamabad’s run-chase. Khushdil’s all-round capability makes him a real threat.