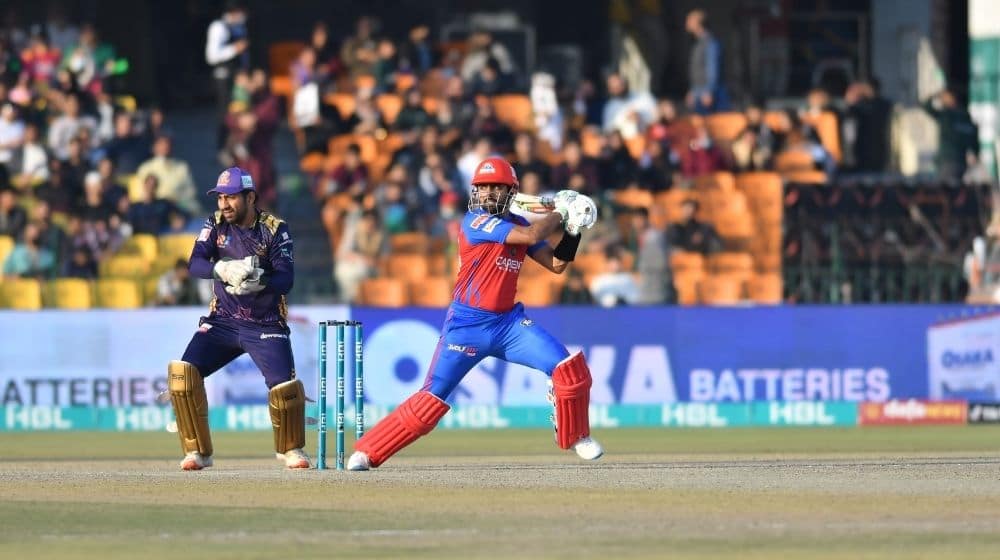 Quetta Gladiators hung on to their hopes of qualifying for the PSL playoffs as they defeated Karachi Kings by 23 runs. Quetta currently sit at the fifth spot in the PSL points table and will be hoping for a huge loss for Islamabad in their next match in order to leapfrog them on the basis of superior net run rate.

Gladiators had a slow start to their innings as they were unable to score freely on a tricky pitch at Gaddafi Stadium, Lahore. Jason Roy carried them throughout the innings as he scored yet another half-century and helped them to a respectable total of 166/4.

Karachi got off to a solid start as Joe Clarke and Babar Azam laid the foundation for the run-chase. Soon after Babar’s wicket, the run-chase faltered as Karachi lost wickets at regular intervals. Khurram Shehzad picked up four crucial wickets at Karachi were restricted to 143/8.

Khurram Shehzad was named as the player of the match for his magnificent spell. He finished with figures of 4/22 in his four overs.

Quetta Gladiators will go head to head against Karachi Kings in the 28th match of the Pakistan Super League (PSL) 7. The two teams will battle it out against each other at the Gaddafi Stadium, Lahore at 2:30 pm PKT on Sunday, 20 February.

Quetta will be hoping to pull off a miracle as they face Karachi Kings in their final encounter of the group stages in PSL 7. Karachi, on the other hand, have already been knocked out of the tournament but will be looking to get a win to close out their campaign.

Quetta were completely outplayed by Multan Sultans in their previous match and they will be determined to quickly bounce back and get their fourth win in the campaign. Quetta will be hoping that Jason Roy and Umar Akmal can continue their exceptional form and help them win the encounter.

Babar Azam will be looking for a similar performance in their last outing against Lahore and close the season on a high. With nothing to lose, Karachi can be a dangerous opponent for Quetta

Quetta are likely to make some changes in their line-up while Karachi are expected to name an unchanged line-up.

Overall, the two teams have come face to face 13 times in the tournament. Gladiators have an upper hand with 8 wins while Kings have won 5. They last faced each other in PSL 7 on 29 January 2022 at National Stadium Karachi which Quetta won by 8 wickets.

Jason Roy will be looking to continue his fine form and score big in an all-important clash for Quetta. Gladiators will be hoping that he can provide them with a formidable start and they can register a big win.

Qasim Akram has been a real X-factor for Karachi in the recent games. Kings will be hoping that the youngster can provide them with the impetus to kick on and finish their season on a high.