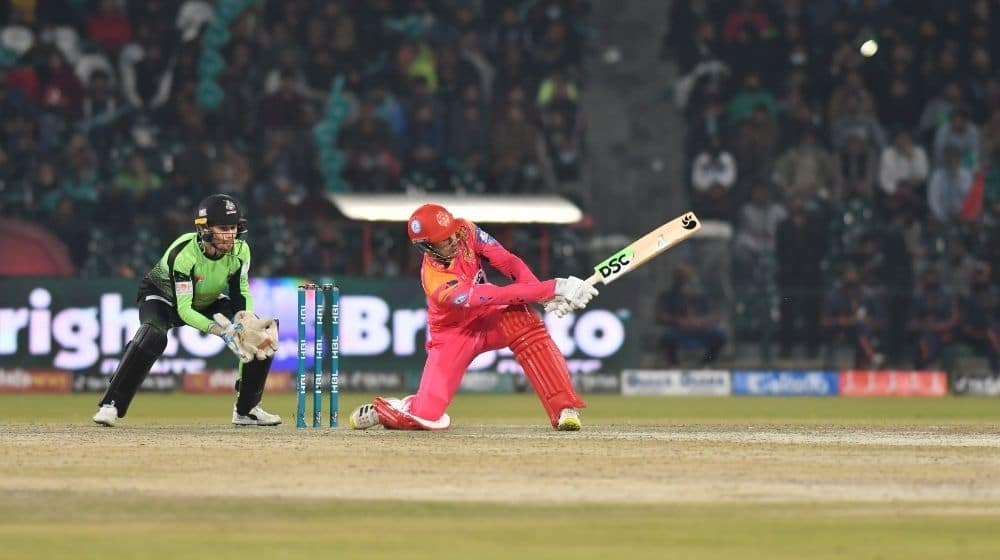 Lahore Qalandars marched into the PSL 7 after a nail-biting finish against Islamabad United. Lahore registered a 6 run victory as they expertly defended their total.

Lahore got off to the worst possible start as they lost Fakhar Zaman and Phil Salt early on in the innings. Abdullah Shafique led the counter attack and scored a magnificent half-century to rebuild Lahore’s innings. Lahore faltered in the middle overs as Islamabad struck back. David Wiese provided the late blitz at the end of the innings as he struck 27 runs to Waqas Maqsood in the final over. Lahore managed to post 168/7 at the end of their innings.

ALSO READ
PSL Final Schedule: All You Need to Know About the Big Finale

Islamabad too got off to a torrid start as they lost four wickets early on. Azam Khan and Alex Hales played scintillating knocks to steady the ship and take Islamabad close to the target. Islamabad too lost their way at the backend of the innings as Lahore pulled off a heist to restrict Islamabad to 162/10.

David Wiese was named as the player of the match for his magnificent contribution with the bat and ball. He scored 28 runs off 8 balls and finished with figures of 1/20 in 2.4 overs to take Lahore home.

Lahore Qalandars will face-off against Islamabad United in the 2nd eliminator of Pakistan Super League (PSL) 7. The two teams will battle it out against each other at the Gaddafi Stadium, Lahore at 7:30 pm PKT on Friday, 25 February.

A rejuvenated Islamabad United squad will face crowd favorites Lahore Qalandars in the all-important second eliminator tonight. The winner of the encounter will qualify for the final of the tournament against Multan Sultans.

Lahore were disappointing in their previous encounter against Multan Sultans as they were defeated convincingly. The Lahore management will be looking at their senior players, Mohammad Hafeez and Fakhar Zaman, to set the tone for the match and will rely on Shaheen’s prowess early on in the innings to put a dent in Islamabad’s strong batting unit.

Islamabad, on the other hand, were top-class against Peshawar in the qualifier as they registered a 5 wicket win. They were blessed with the comeback of Alex Hales in the last match and will be further boosted by the comeback of Paul Stirling for another crucial encounter.

Lahore are expected to recall Fawad Ahmed in place of Samit Patel while Islamabad are likely to make two changes. Stirling will come in for Waqas Maqsood while Faheem Ashraf is likely to be ruled out due to an injury and Wasim Jnr. is expected to take his place.

Overall, the two teams have come face to face 14 times in the tournament. United have an upper hand with 9 wins while Qalandars have won 5. They last faced each other in PSL 7 on 19 February 2022 at Gaddafi Stadium, Lahore which Qalandars won by 66 runs.

Shaheen Afridi has been nothing short of marvelous in the entire tournament. His first spell is a sight to behold and Lahore will be counting on him to lead from the front and provide early breakthroughs to restrict Islamabad.

Alex Hales came back into the side like he never left. He scored a brilliant half-century in the last match to take Islamabad through and United will be looking at him once again to provide the impetus throughout the innings.