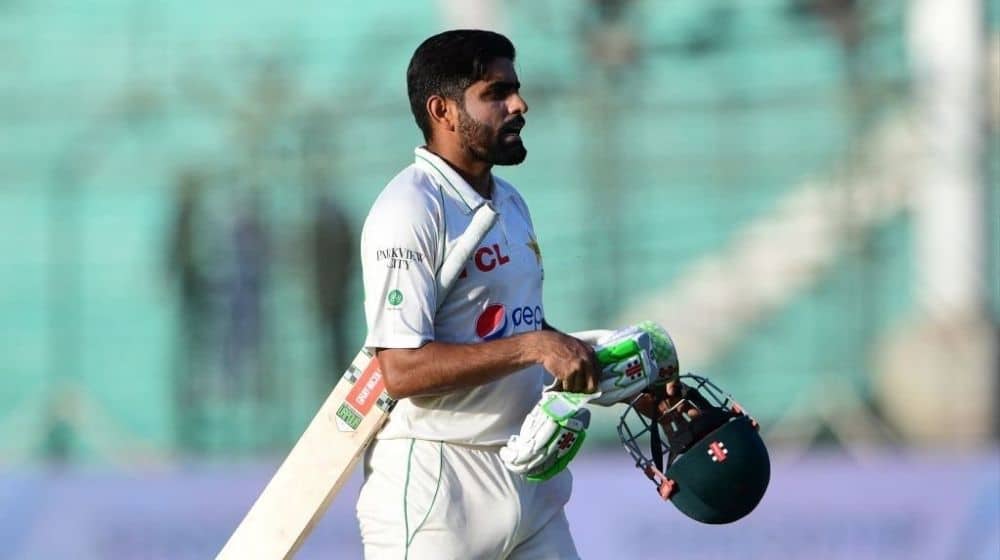 Pakistan’s captain, Babar Azam played the best innings of his red-ball career in the second match against Australia at National Stadium Karachi. The match ended in a draw but the right-handed batter has been receiving praises from the fans as well as former and active cricketers.

Former England captain, Michael Vaughan also praised Pakistan’s skipper for an unforgettable effort in the 4th innings. The Ashes winner said that there is no doubt Babar Azam is a complete player in all formats of cricket.

The cricketer-turned-commentator heaped praises on Babar, saying, “Without question, I think Babar Azam is the best all-round batter in the world right now, brilliant across all the formats.”

Since his debut, Babar has played several individual innings of pure brilliance and class in white-ball cricket, but he was struggling a bit in the longest format as he went on a century-less run for over two years before this ton.

Babar Azam joined Abdullah Shafique at the crease when Pakistan was struggling on 21/2. Babar led the team from the front and surpassed the record of Michael Atherton for the most runs as a captain in the fourth innings.

He also broke the record of  Shoaib Malik’s most balls faced by a Pakistani in the fourth innings, and most runs by a Pakistani batter in the last innings of a Test match.