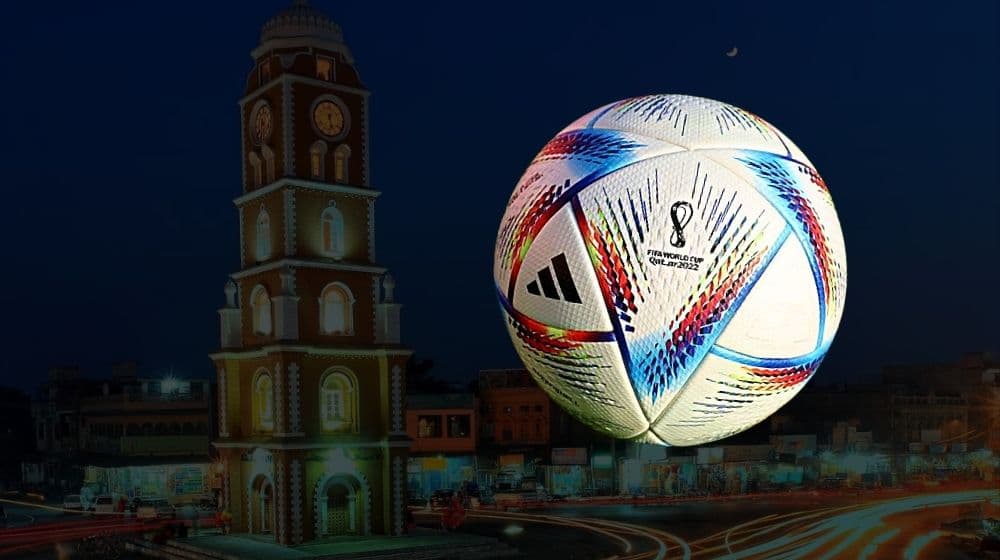 While Pakistan is currently serving a ban imposed by FIFA for third-party meddling in the Pakistan Football Federation, their contribution to the mega event is the official World Cup match-ball. The official match-ball named, ‘Al Rihla’ was unveiled by FIFA recently.

The match-ball is made in Pakistan and is manufactured by the second largest sports manufacturer in the world, Adidas.

Once again, Pakistan’s contribution at the World Cup — apart from of course most importantly providing the labourers whose hard work, sweat and lives helped build it — will be the World Cup match ball: ‘Al Rihla’ which means ‘the journey’. pic.twitter.com/XQPwpOEvfB

‘Al Rihla’ translates as ‘the journey’ in Arabic and according to Adidas, it incorporates the architecture, iconic boats, and the flag of the host nation, Qatar. The match-ball was launched by former World Cup winners, Iker Casillas and Kaka in a glittering ceremony in Doha, Qatar.

Argentinian superstar, Lionel Messi, and South Korean star, Son Heung-min were the promotional stars of the official match-ball by Adidas.

The 2022 FIFA World Cup is set to commence on 21 November in Qatar. The draw for the 32-team tournament is set to take place on Friday night in Doha.