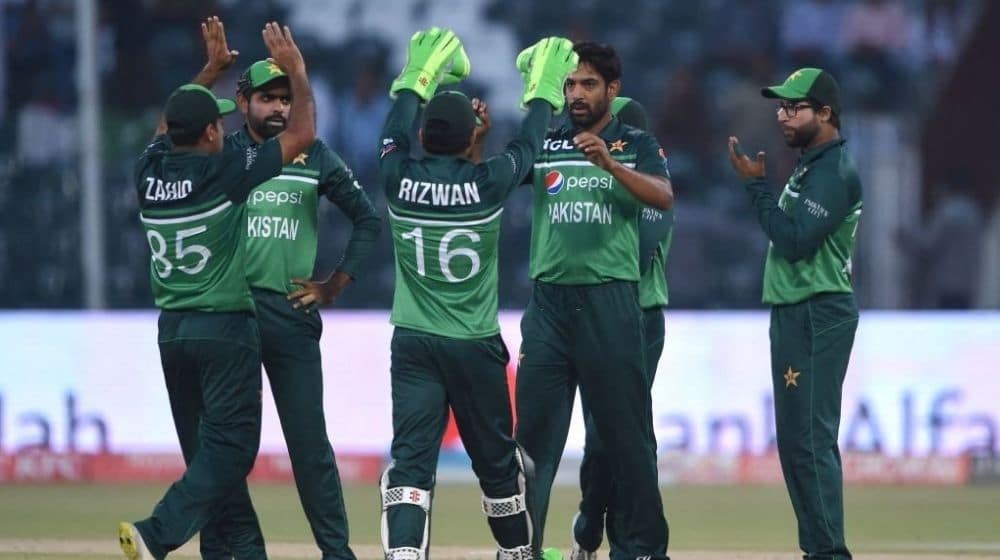 Pakistan have climbed up to the eighth spot in the ICC ODI World Cup Super League points table after a historic victory against Australia in the second ODI. The Men in Green have leapfrogged New Zealand, South Africa, and West Indies as they moved up three places after their fifth win in the competition.

Australia, on the other hand, are still ranked fourth. They are currently level on points with Afghanistan but are ahead of them due to their superior net run rate.

The Green Shirts recorded their highest ever run chase in ODI cricket as they chased down a mammoth target of 349 runs with 6 wickets and 6 balls to spare. Babar Azam and Imam-ul-Haq scored scintillating centuries before Khushdil Shah finished off the match with a fantastic cameo to hand Pakistan a brilliant win to level the series 1-1.

Pakistan and Australia will face off in the series decider on 2 April at Gaddafi Stadium, Lahore. If Australia manage to win the all-important clash, they will move ahead of India in third place in the World Cup Super League points table. Meanwhile, a win for Pakistan will solidify their position in the 8th spot.