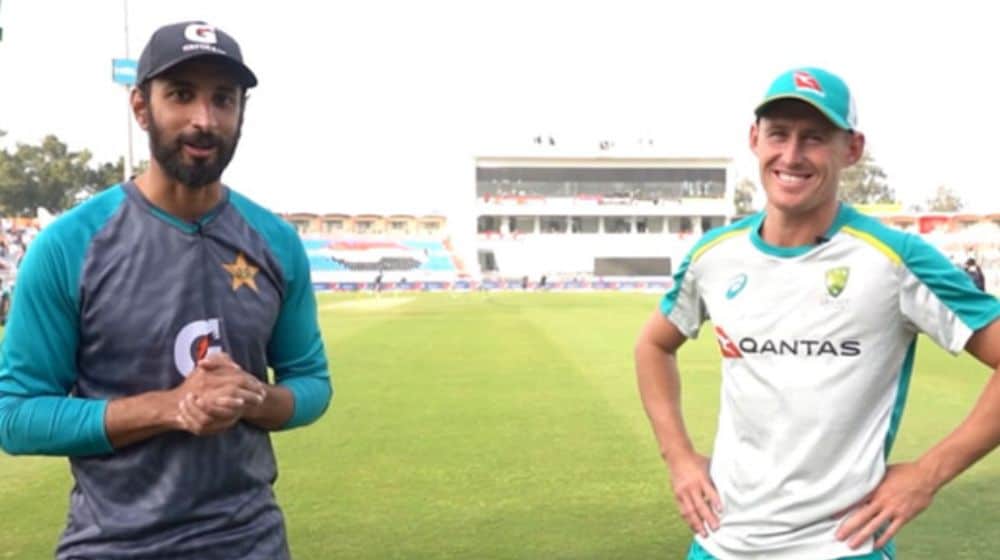 Pakistan left-handed opener, Shan Masood, has been scoring runs in the ongoing County Championship and was awarded the Professional Cricketers Association’s (PCA) Player of the Month award for April.

The opening batter said that he wants to emulate the world’s number one Test batter, Marnus Labuschagne.

“Looking at his career path, Marnus came to Glamorgan, scored about 1,200 runs, and then never looked back after getting into that Australian side,” said Masood.

While appreciating the Australian batter, Shan said that there is no doubt he is the world’s number one batter because of the way he has improved his batting skills.

“He is a prime example, and these are the things you look for. I saw significant improvements in his batting after his spell here, and there is no surprise that he is world number one right now. I talked to him a lot when he was in Pakistan, and I spoke to him a lot during the match we played against each other recently,” Shan said.

While answering a question regarding the dressing room environment at Derbyshire, Shan said that the coach Mickey Arthur has allowed him to enjoy his game and that is why his focus is on good performances.

“Being provided with a very good environment and platform by Derbyshire and Mickey Arthur has allowed me to enjoy my cricket and not think too far ahead. The dressing room is an important place, and you can tell it is a Mickey Arthur dressing room,” he added.

“His standards are so high, but you get a lot of backing from the coach so when you go out on the field you can focus on giving good performances,” Shan concluded.