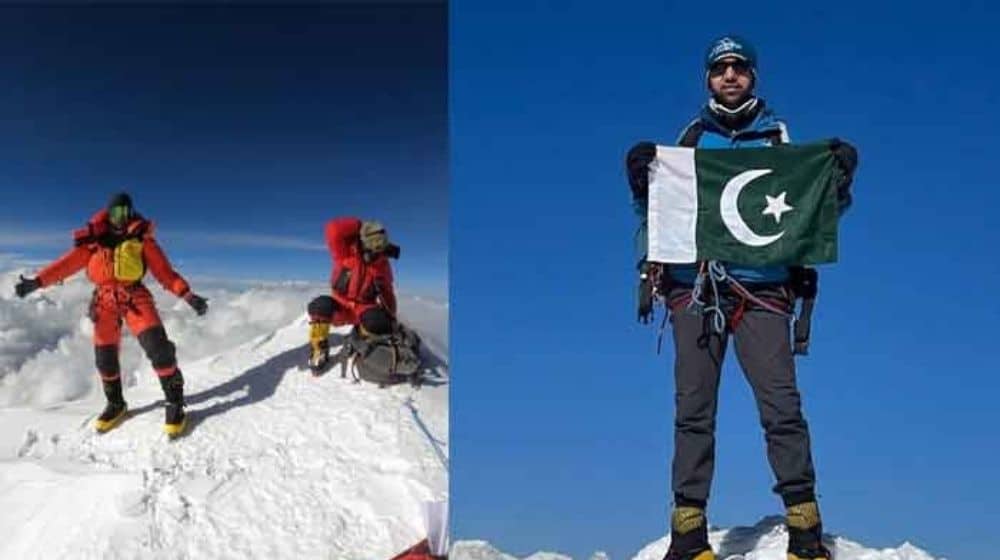 Abdul Joshi, who belongs to Shimshal valley of Hunza, Gilgit-Baltistan, is part of a 13-member Everest expedition team led by Nepalese mountaineer, Mingma Gyalje Sherpa (Mingma G) that had begun the expedition on April 22.

Known as a “pathfinder”, Joshi was the first Pakistani who had summited Annapurna, the tenth highest mountain in the world at 8,091m, in 2021. He had also led a 12-member Pakistani team to the first-ever summit of Passu cones.

The thirty-eight-year-old posted on his social media handle  “Alhamdulillah! Another triumph for Pakistan! Abdul Joshi has summited Mount Everest – the Highest Mountain in the World. May Allah be praised for all His glory.”

With the latest achievement, he became the eighth Pakistani to successfully scale Mount Everest while his first peak was Manglik Sar at 6,050 meters. Most mountaineers believe that he is the most skilled climber and mainly focuses on unclimbed peaks.

Mount Everest is the world’s highest peak located in the Mahalangur Himal sub-range of the Himalayas. Its elevation of 8,848.86 m was most recently established by the Chinese and Nepali authorities.