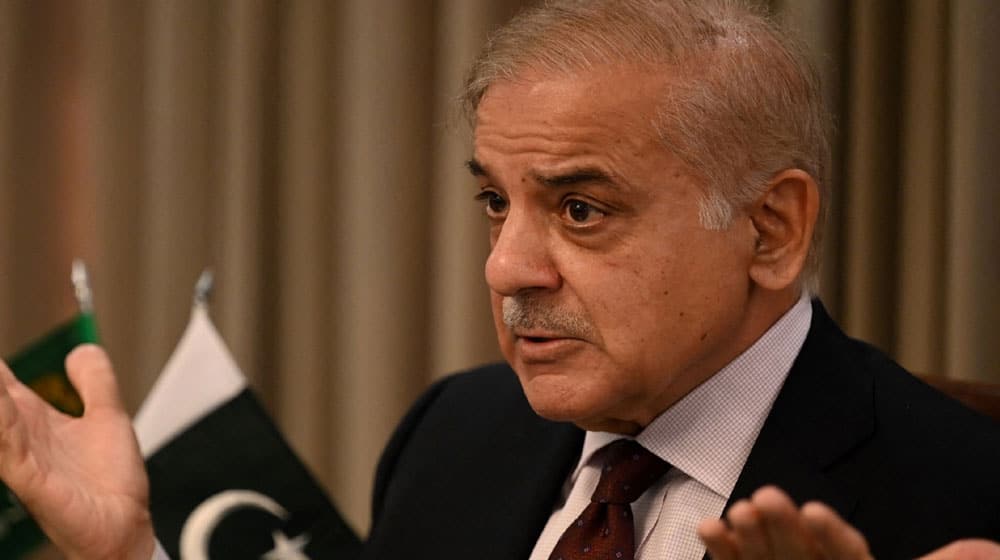 The government is considering reducing the number of working days a week in public offices to reduce fuel consumption.

According to Dawn.com, the government hopes to save up to $2.7 billion annually through this practice.

The surge, the experts say, is not because of the rising oil prices in the international market alone, as the country’s import of petroleum products and crude have also increased by 24 percent and 1.36 percent, respectively.

As per the report, the State Bank has prepared three different scenarios through which the government can save an annual foreign exchange ranging between $1.5 to $2.7 billion. 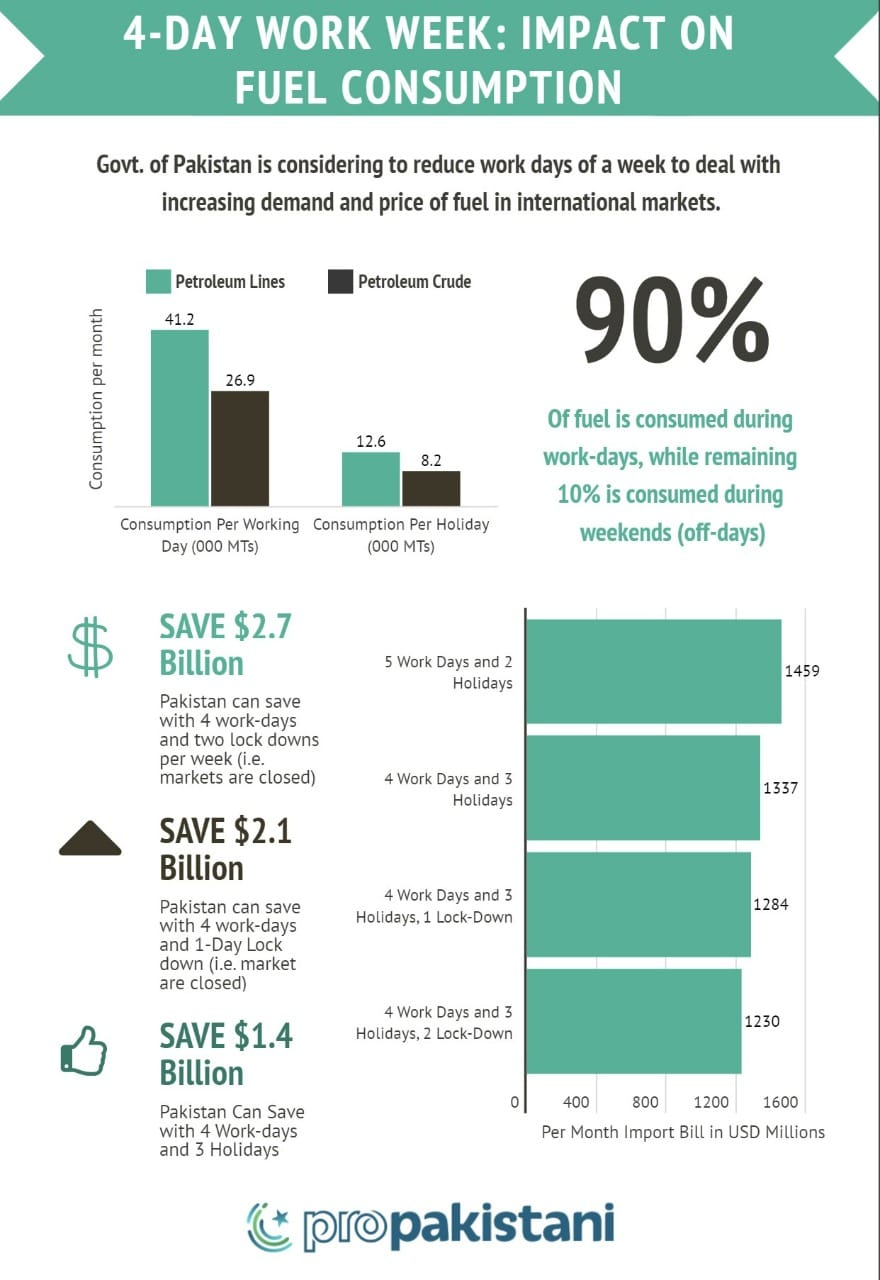 These estimates suggest that the additional consumption of petroleum products for an additional working day amounts to about $642 million in terms of commuting. This does not include freight and transportation. The estimated reduced consumption with one less working day a week can reduce about $2.1 billion on our import bill.

“All saving numbers are taken for a net reduction in oil import but subsidy on petroleum products could also come down by Rs. 3.5 billion per day,” the report said.

In the first scenario, with four working days and three holidays, in which retail is open on a weekend, the average saving on petroleum products is estimated at $122 million a month or $1.5 billion a year. It may be noted that 90 percent of oil consumption is assumed for working days and the remaining 10 percent for holidays in a month.

In the second scenario, based on four working days, two holidays, and one day of lockdown, with retail closed for one day, the saving on oil consumption is estimated at $175 million a month or $2.1 billion a year.

In the third scenario, based on four working days, one holiday, and two days of lockdown with retail closed for two days, the saving on the oil import bill could be around $230 million or about $2.7 billion.

Similarly, the Power Division has also advised the government to limit commercial activities to daylight, reduce the number of working days per week, and launch a national energy conservation drive across the energy consumption sectors with electricity savings of more than 5,000 Megawatt.

In contrast, PM Shehbaz Sharif had increased the number of working days to six, putting an additional burden on the exchequer in terms of electricity and oil consumption.

It should be noted the current power shortfall in the country is around 5,000 to 7,000 MW, which can easily be curtailed by reducing the number of working days per week.