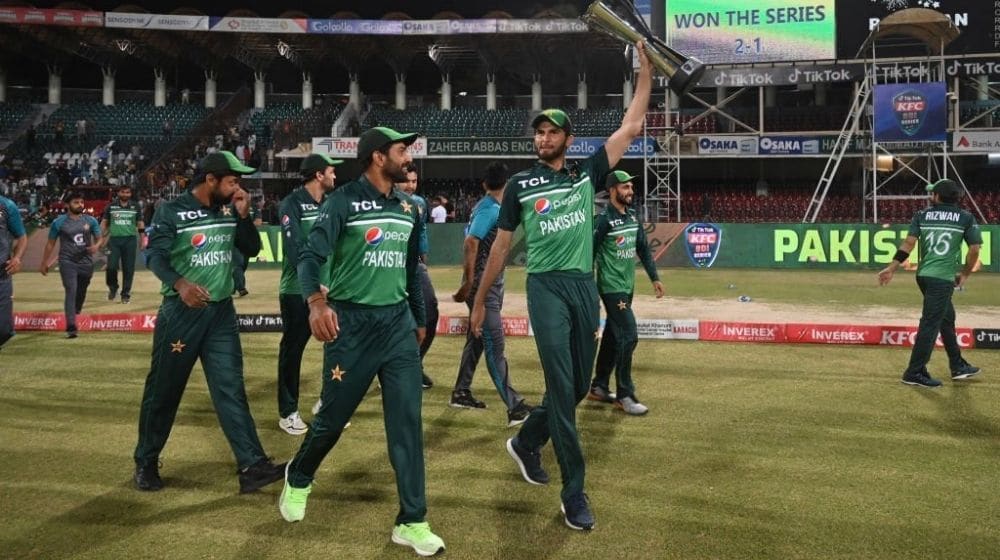 Pakistan Cricket Board has announced a 16-man squad for the upcoming ODI series against West Indies. The team will be led by the Men in Green’s all-format captain, Babar Azam, while all-rounder, Shadab Khan, will be his deputy.

Young wicket-keeper batter, Mohammad Haris, is the surprise inclusion in the squad while all-rounder, Mohammad Nawaz, has also been included after recovering from his lengthy injury. There was no place in the team for an in-form, Shan Masood, as Pakistan decided to carry on with Imam-ul-Haq, Fakhar Zaman, and Abdullah Shafique as the three openers in the 50-over format.

Shaheen Afridi, Hasan Ali, Haris Rauf, Mohammad Wasim Jnr. and Shahnawaz Dahani will form the pace battery of the Green Shirts while Zahid Mahmood will be the specialist spinner alongside Shadab and Nawaz.

There is no place in the squad for middle-order batter, Saud Shakeel, who was part of the ODI team that played against Australia. Similarly, explosive batter, Asif Ali, has also been dropped from the side after the birth of his daughter.

Here is the full 16-man squad:

The three-match series is a part of the ICC ODI World Cup Super League and is scheduled to be played on 8, 10, and 12 June at Rawalpindi Cricket Stadium.