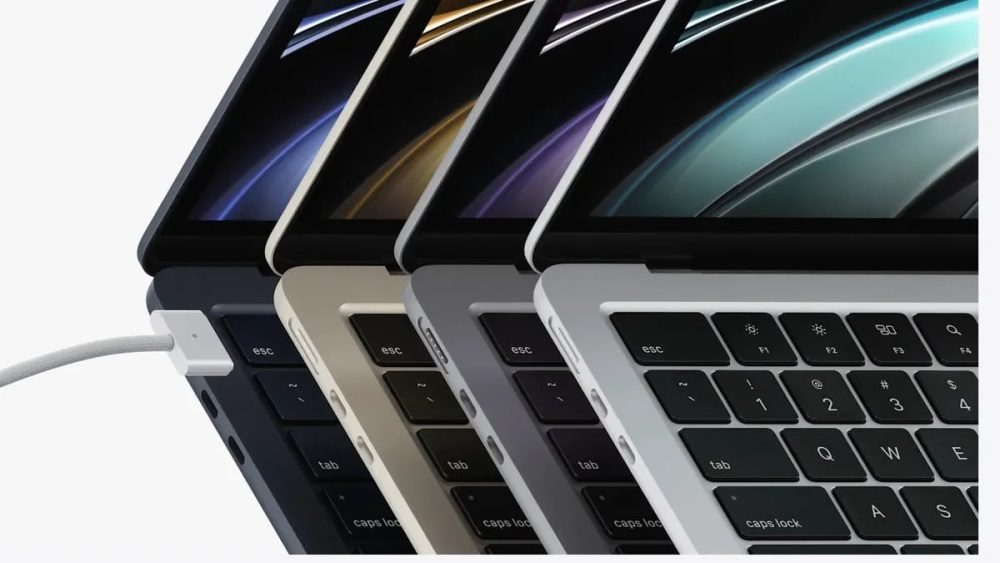 The new MacBook Air has lost the slightly curved edges at the base and the lid, giving it a flatter design that looks sleeker. Its thickness is now 1mm and the whole laptop weighs 1.22kg. It still remains fanless, but the 13.6-inch Liquid Retina display has a notch now, which houses a webcam updated to 1080p. The display supports 1 billion colors with 500 nits peak brightness.

The Magic Keyboard has a larger function key row and it also supports MagSafe charging next to two USB C ports and a 3.5mm headphone jack on the opposite side. Thanks to the new M2 chip, the battery life is rated for up to 18 hours of video playback. The laptop also has a redesigned quad-speaker integrated into the frame, which is a major upgrade over the last generation.

The charging tech has also been updated to support 67W speeds with a supporting USB C adapter in the retail box. 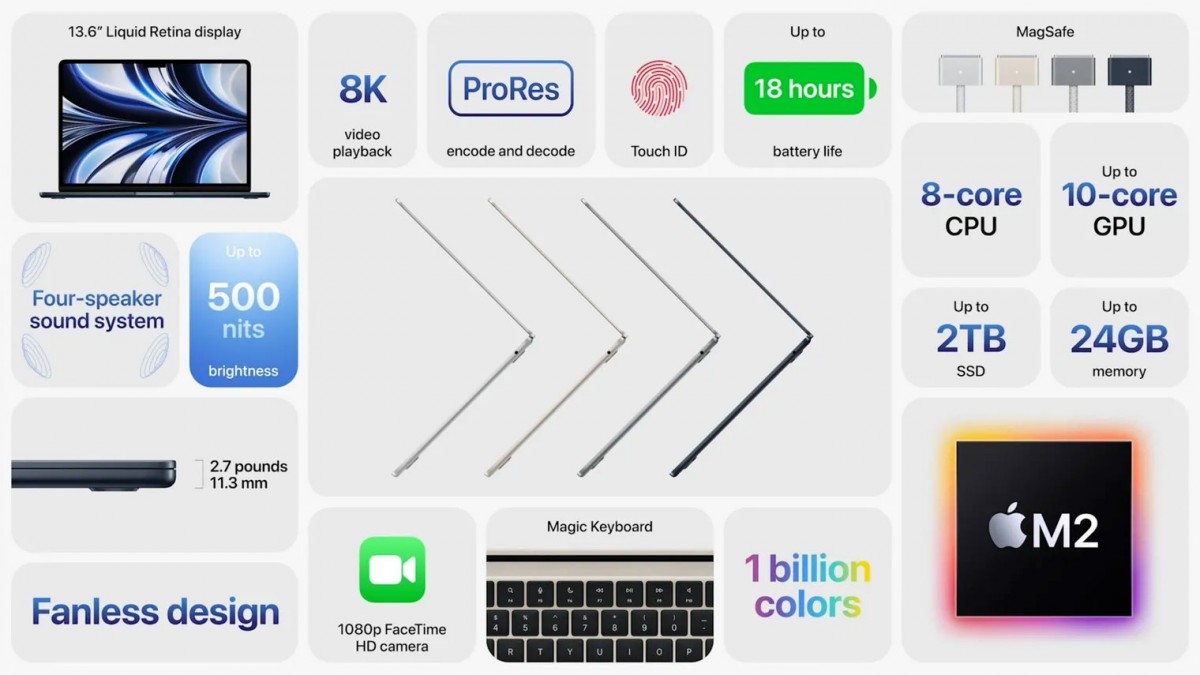 The 13-inch MacBook Pro remains unchanged other than the new and improved M2 chip. It has a starting price of $1299.