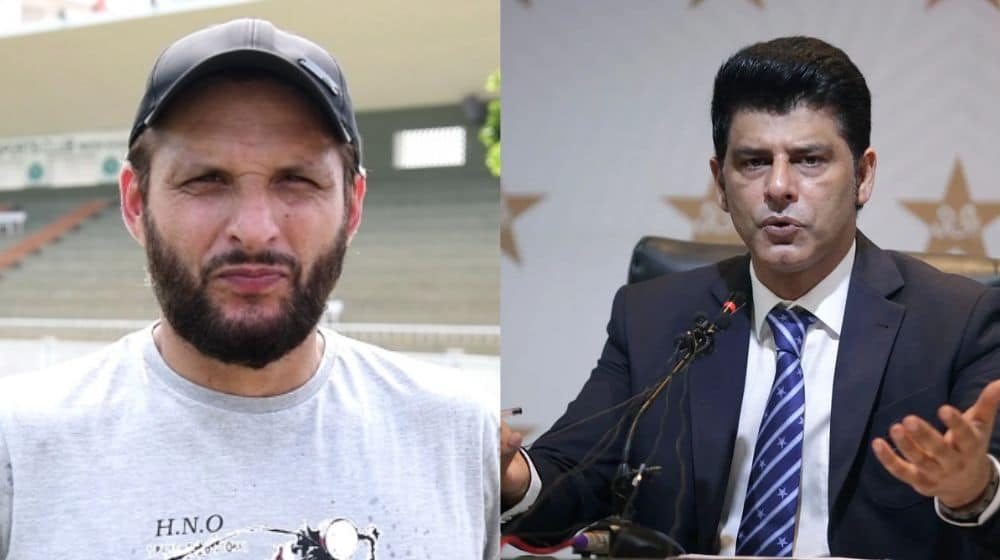 Afridi, while talking on Samaa TV, said that it was a ‘foolish’ decision on the part of Mohammad Wasim to select Mohammad Haris on the basis of a few good performances in the domestic circuit.

He added that Haris had performed well for Peshawar Zalmi in the seventh edition of the Pakistan Super League (PSL) but this did not warrant him a place in the national ODI squad.

“I won’t say this to Ramiz Raja but if Mohammad Wasim is listening, I ask him to don’t take such steps. Why are you selecting a player who performed in two T20 matches for ODI cricket? Is the process that easy to earn Pakistan’s cap? He [Haris] should have played T20 cricket if he was selected on the basis of performance in the shortest format,” Afridi remarked.

The legendary all-rounder added that he has always backed the inclusion of young players in the team but there has to be a solid reason behind their selection in the national squad. He said that the young players should hone their skills in the domestic circuit before being called up to the side.

‘Lala’ said there was no need to include Haris so early in his career given that Pakistan already has an established wicket-keeper batter, Mohammad Rizwan. He said that while Rizwan has struggled in ODI cricket, there is no question that he is Pakistan’s number one wicket-keeper in the format.