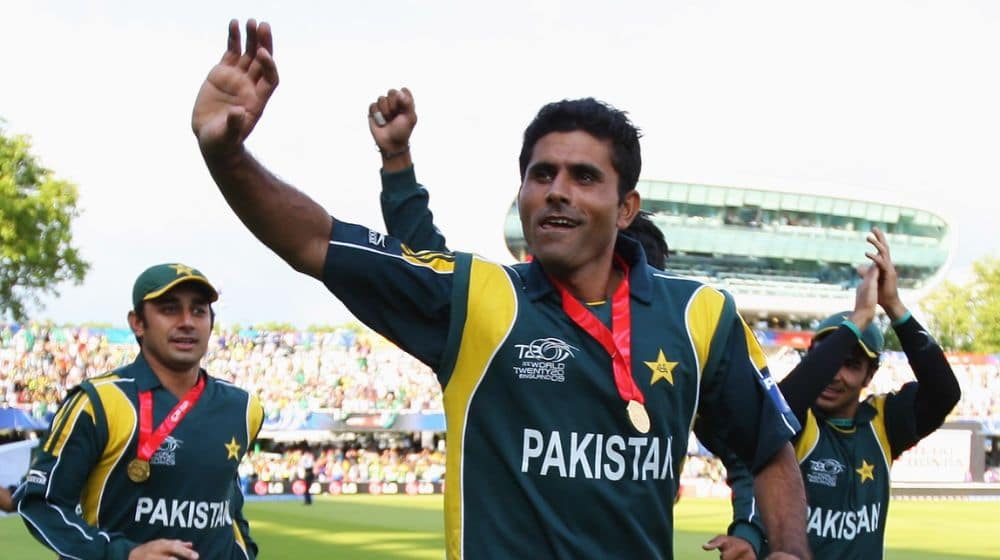 The ghosts of the ICC Men’s Cricket World Cup final from a decade ago haunted Abdul Razzaq and Shahid Afridi. Pakistan, in 1999, were tipped to be crowned 50-over champions for the second time in three World Cups, but their superlative campaign crashed with an eight-wicket defeat to Australia.

Pakistan, in 2009, were about to play another World Cup final at Lord’s, albeit in a different format. On the bright sunny morning of 21 June, Razzaq and Shahid, before heading to the ground, had vowed to do whatever they can to ensure that history does not repeat itself.

“Afridi and I were part of the team that lost to Australia in the World Cup final in 1999 at this very venue,” Razzaq told PCB Digital in a special interview to mark the 13th anniversary of Pakistan’s T20 World Cup victory.

“That was fresh in our minds. We spoke about how devastating a defeat in a world cup final can be. We promised each other that we will not let this final end as that one and alter the course of history.”

Pakistan had not won a World Cup in the last 17 years, and that remained the center of team meetings. “The captain [Younis Khan] and the team management used to tell us how big of an opportunity this was to win a World Cup and how this event in England provided us an opportunity to be heroes as there is a lot of hype surrounding cricket in that part of the world.”

“After the win wherever we went – to stores or restaurants – people never let us pay the bills, saying we had given happiness to the country.”

ALSO READ
‘Captain Has to be Hard on His Players Sometimes’, Faheem Ashraf on Babar Azam

The impact of the second World Cup win was massive in the country and Razzaq believes it played a role in increasing the fan base and attracting more people to the sport.

“I developed liking for cricket after the 1992 World Cup win. That is when I decided to become a cricketer. Such events promote cricket amongst youngsters,” the all-rounder said.

Razzaq was called up as a replacement for an injured Yasir Arafat. He took the new ball for Pakistan, finishing with the figures of five for 74 in four matches, with his economy under six and average under 15.

His best figures of the tournament came in the final (three for 20 in three overs) and he accounted for the bulk of the Sri Lankan batting department, snaring Sanath Jayasuriya, Jehan Mubarak, and Mahela Jayawardene.

One of the iconic moments of the final was when Razzaq fell after delivering the ball that Jayasuriya chopped on. Razzaq injured himself, but his unrelenting passion made him stay on the field.

“I had decided not to leave the field even after I had gotten injured,” he said. “I fell after bowling Jayasuriya and it ruptured my muscle, but I did not want to leave the field as I still had an over left and the captain could need me any moment.”

Razzaq, who is currently the head coach of Central Punjab, enjoys an illustrious international career that spanned over 14 years. It is, however, the T20 World Cup triumph that he counts as the highlight of his career.

“Every player wants to have a moment about which he can be proud of. Winning the T20 World Cup in 2009 is one such moment for me.”