The Pakistani Rupee (PKR) slid to a new all-time low against the US Dollar (USD) and posted losses in the interbank market today.

It depreciated by 0.21 percent against the USD and closed at Rs. 211.93 after losing 44 paisas in the interbank market today. The local unit hit an intra-day high of Rs. 208 against the USD after briefly gaining Rs. 3.81 during today’s open market session. Since the arrival of the new government on 11 April, the greenback is up by Rs. 29.57 against the PKR. 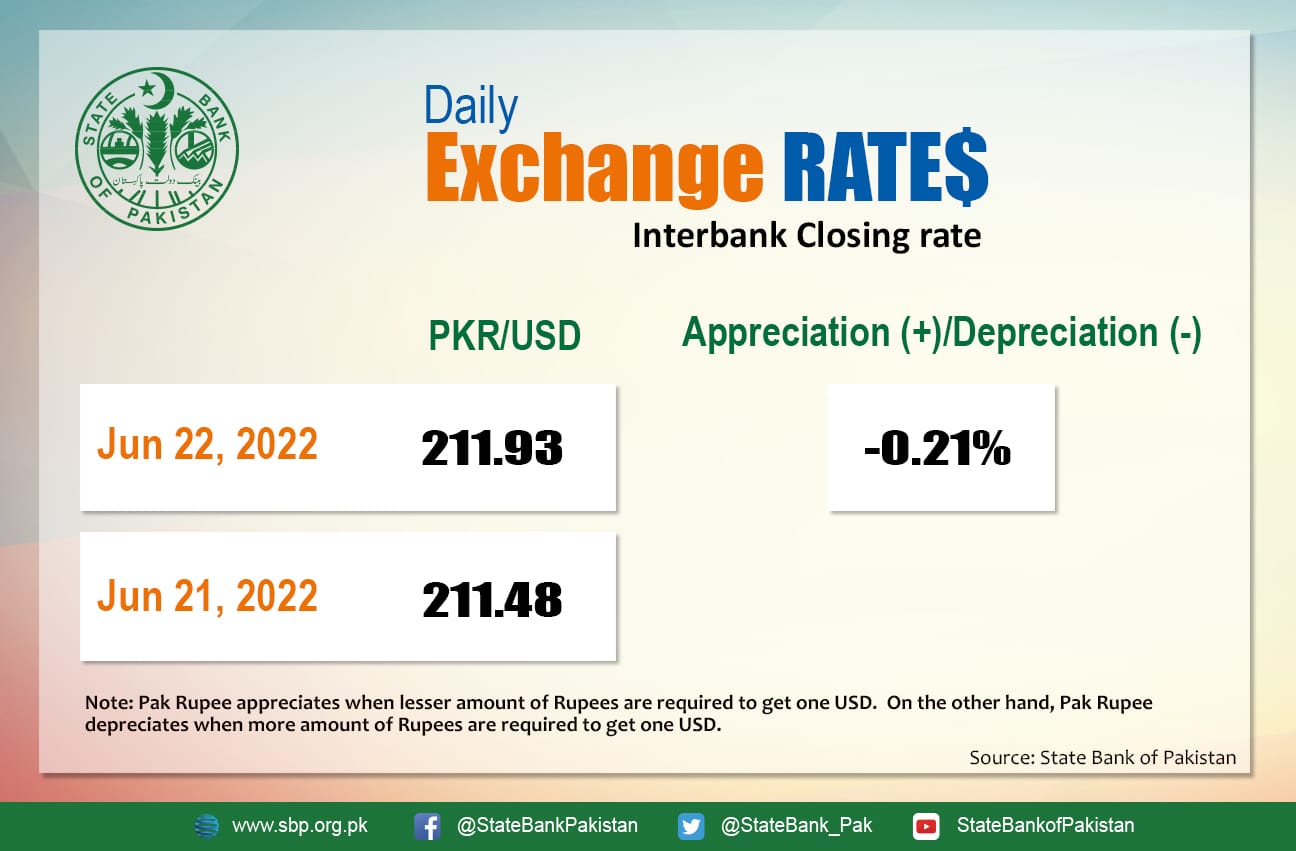 The rupee slid to another low against the dollar today despite broad agreements reached between Pakistan and the International Monetary Fund (IMF) on the agency’s $6 billion bailout program, with the home side expecting the lender to increase the size and duration of the facility.

The local unit managed to recover by Rs. 3.80 to go as high as Rs. 208 against the greenback today at midday from Tuesday’s close of Rs. 211.8, before coming down. Yesterday, the dollar reached its previous all-time high, rising by Rs. 1.57.

Earlier, the IMF Resident Representative in Pakistan, Esther Perez Ruiz said in a statement, “Discussions between the IMF staff and the authorities on policies to strengthen macroeconomic stability in the coming year continue, and important progress has been made over the FY23 budget”.

Although the broad agreement is short of a staff-level pact, it may help soothe markets and end a four-month-long period of uncertainty that took a heavy toll on the country’s currency, unleashing a wave of inflation and eroding the confidence of markets and investors.

Globally, oil prices fell on Wednesday on news of a plan by the US to cut fuel costs for drivers and fears over a potential economic recession after recent central bank rate hikes. Oil prices often move in tandem with stocks, which also took a hit across the globe as investors assessed how interest rate hikes designed to cool soaring inflation might impede an economic recovery. 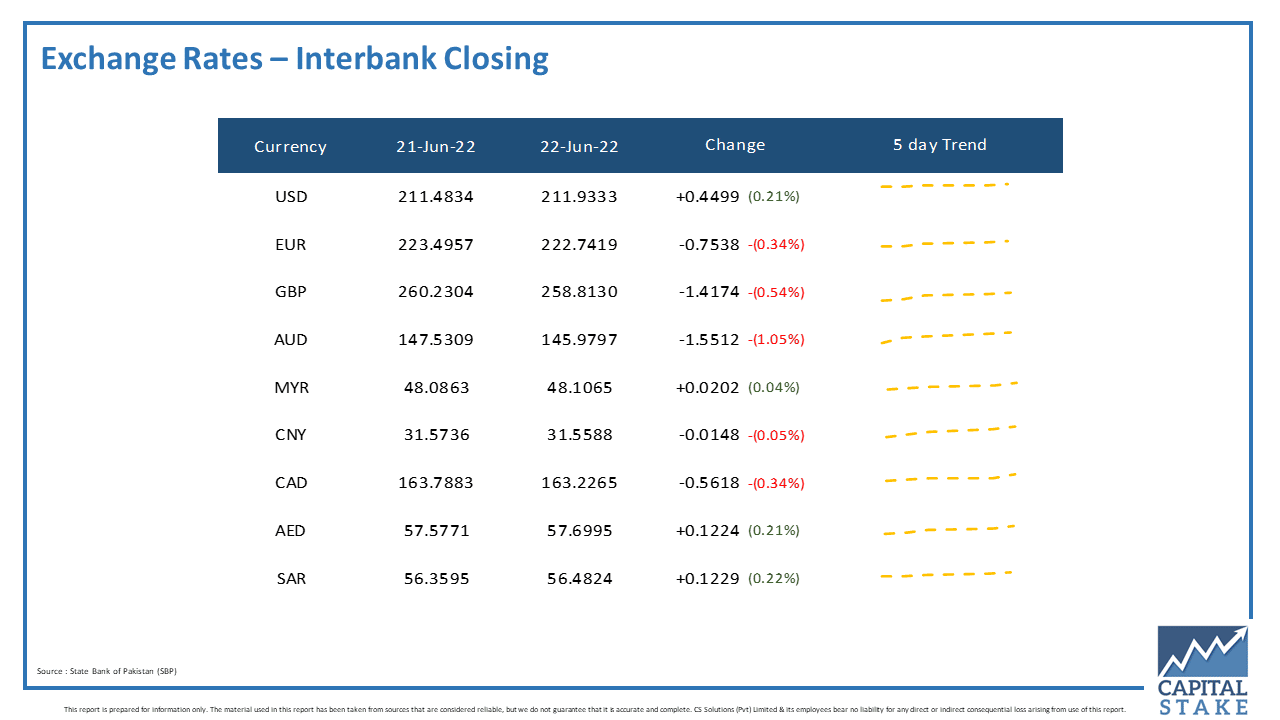 Conversely, it lost 12 paisas against both the Saudi Riyal (SAR) and the UAE Dirham (AED) in today’s interbank currency market.