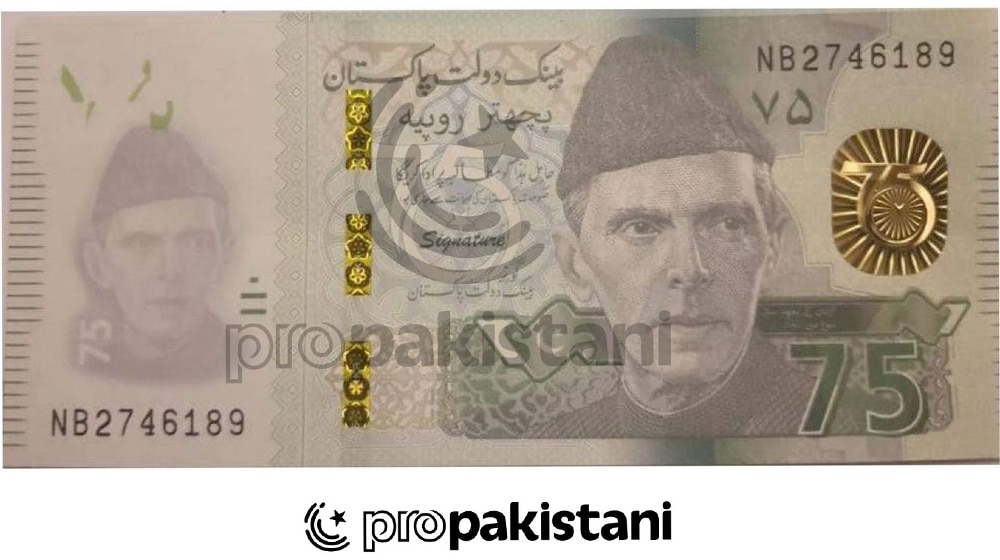 The State Bank of Pakistan has clarified that the design circulating on various social media platforms regarding commemorative banknote to be issued on the 75th independence day of Pakistan is fake.

The State Bank of Pakistan (SBP) has reportedly finalized the commemorative banknotes design of Rs. 75 to mark country’s 75th anniversary.

Previously, special Rs. 5 commemorative notes had been issued on 13 August 1997 in observance of Pakistan’s 50th anniversary.

The SBP makes concerted efforts to commemorate significant events in Pakistan’s history through the issuance of commemorative currency. It also issued commemorative coins as a tribute to distinguished personalities and to mark various historical events.