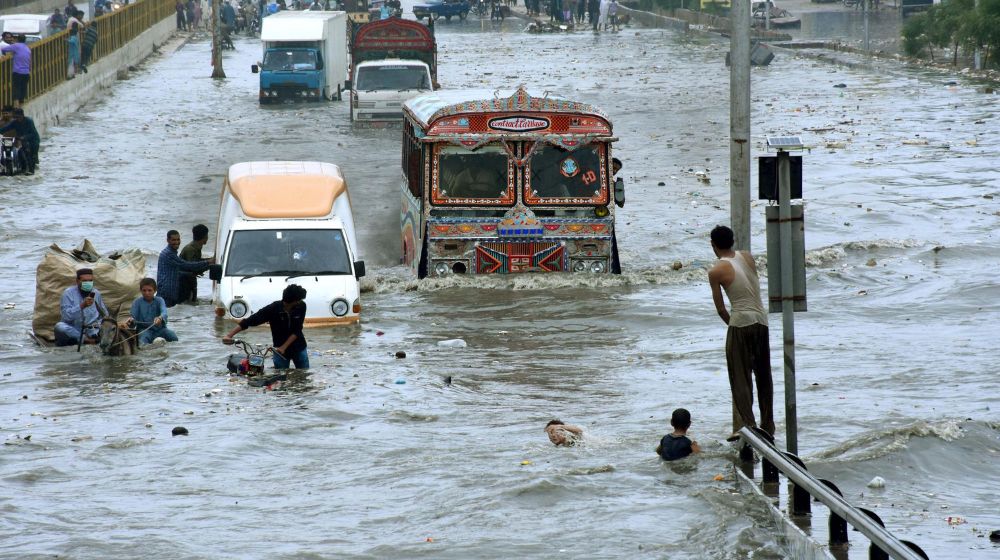 The Pakistan Meteorological Department (PMD) has stated that moderate to heavy rains are expected in Karachi and other parts of lower Sindh from Saturday night onward. The spell is part of a severe monsoonal weather system that can result in urban flooding in Karachi and other regions.

Sindh’s Chief Meteorological Officer (CMO), Sardar Sarfaraz, said that the rains will start in Karachi on 3 July and will continue until Tuesday evening.

He explained that “A strong monsoon system from the Bay of Bengal is heading toward lower Sindh and it may get some support from the Arabian Sea while entering lower Sindh on Saturday, 2 July 2022. This system may cause moderate to heavy rains in Tharparkar, Tharparker, Umerkot, Sanghar, Badin, Mirpurkhas, Thatta, Hyderabad, Tando M. Khan, Tando Allayar, Karachi, Dadu, and Jamshoro districts during 2 to 5 July”.

He continued that the PDM also expects more than normal rainfall during the first 45 days of the monsoon in Sindh from 1 July to 15 August, and another monsoon system will potentially cause rains in Karachi from 7 or 8 July. A comprehensive forecast will be issued later for it, he added.

The PDMA has also told the provincial authorities to quickly set up a cellular helpline number for rain-affected people, and facilitate the provision of water and necessary emergency medicines to the public.

Furthermore, it has ordered the storage of essential relief and medicines for the impacted areas, and an uninterrupted supply of power in coordination with the line departments besides the availability of backup generators for hospitals.

Additionally, the PDMA has also told the DDMAs to coordinate with the concerned departments —  the National Highway Authority (NHA), National Highway and Motorway Police (NH&MP), and the Frontier Works Organization (FWO) — to issue alerts to travelers to follow safety measures and avoid the rain.