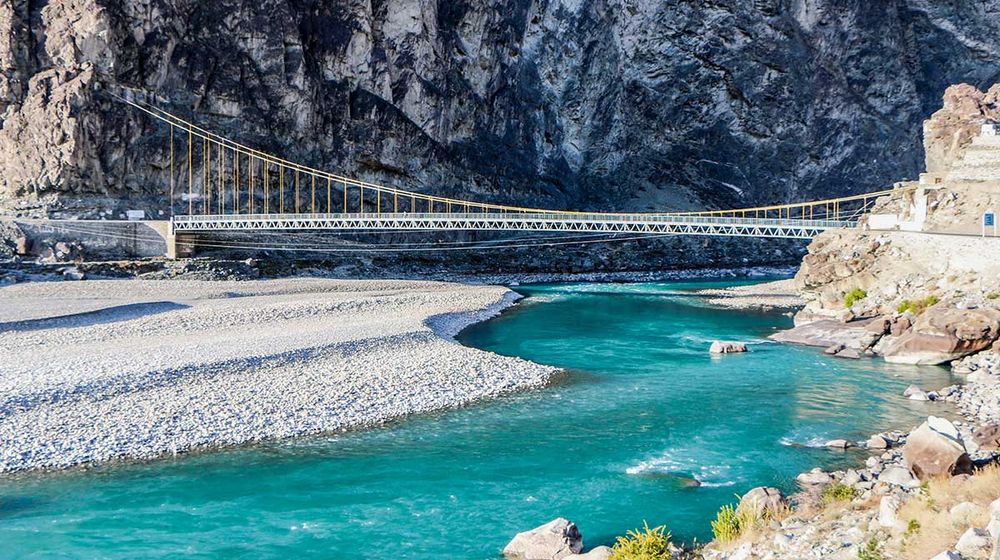 Two suspension bridges near the Arkari village in Chitral were razed by a glacial lake outburst flood (GLOF) on Thursday.

Dawn reported that the Khyber Pakhtunkhwa’s (KP) Provincial Disaster Management Authority (PDMA) confirmed the flood in the Garam Chashma area and stated that rescue teams have been sent to aid the locals who use the bridges to cross the storm drain.

PDMA Chitral focal person, Rasheed Khan, said that there are currently no reports of loss of life but the wheat and fruit crops in the area have been damaged. He said that he has been in constant communication with the district administration and is keeping a lookout on the area.

PDMA DG, Sharif Hussain, stated that the control room in the area is fully functional, and added that “residents can call on our helpline 1700 in case of any emergency or untoward incident”.

GLOFs are sudden natural phenomena in which millions of cubic meters of water and debris are released, which leads to potential deaths and the loss of property and livelihoods in far-flung and destitute highland communities.

Earlier this year, the Minister for Climate Change, Sherry Rehman, had warned of GLOFs and flash floods in Gilgit-Baltistan and KP because of the rising temperatures, and the regions had been notified to take necessary precautions.

The Pakistan Meteorological Department recently forecast heavy monsoon rains in the KP from Wednesday, which are expected to continue until the first week of July. The concerned authorities have been directed to take the required precautions as the heavy rains could result in flash floods and landslides. The department has also advised tourists to be “extra-cautious” and refrain from unnecessary traveling.