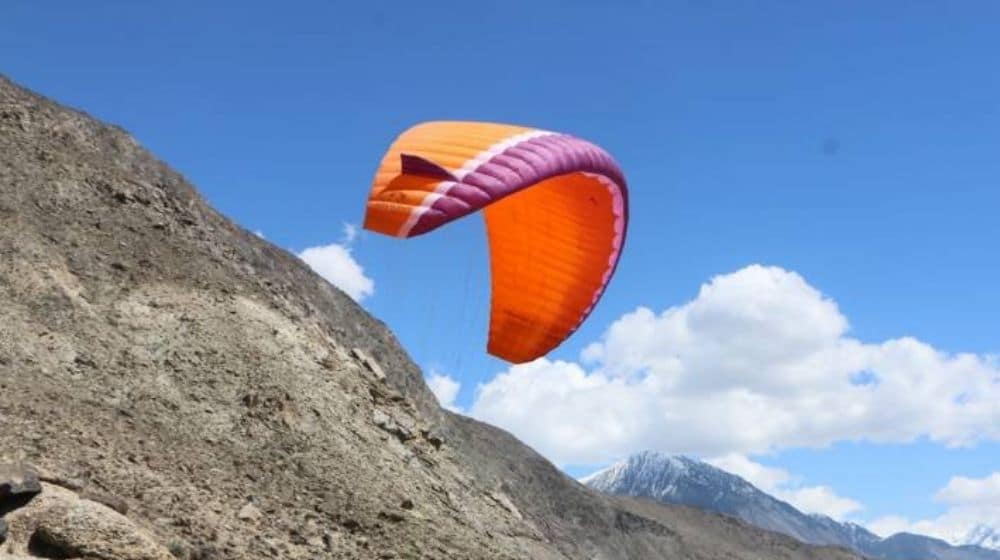 The administrative center of Gilgit-Baltistan’s Hunza district has said that a search and rescue operation is underway to locate a French paraglider who went missing after he took off from an upper area of Aliabad.

Deputy Commissioner Hunza said that a team consisting of rescue personnel, police, and local volunteers rushed to the site but the paraglider hasn’t been located yet.

He went on to say that a helicopter would be used to track the missing paraglider.

However, officials have stated that the area where the foreign tourists were paragliding may slow the pace of the search for the missing paraglider because of the challenging terrain.

According to reports, these paragliders arrived in Hunza on June 30 and stayed at a nearby hotel.

Gilgit-Baltistan, home to some of the world’s highest peaks, is a major tourist destination, attracting millions of local and foreign visitors each year for expeditions on various peaks, paragliding, and other sports.