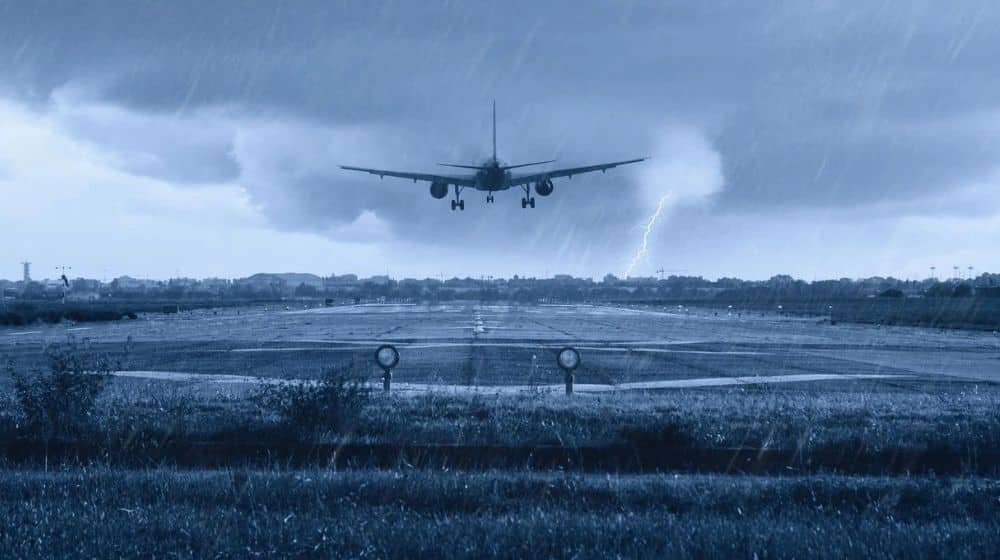 Ten flights were canceled at Karachi’s Jinnah International Airport and eight were delayed due to uninterrupted torrential rains in the metropolis since Sunday morning.

The Spokesperson for the Civil Aviation Authority (CAA), stated that PIA flights PK-306, PK-341, PK-349, and PK-370 were scheduled to depart from Karachi but were delayed because of the downpour.

A number of other international-bound flights were also either canceled or delayed for the same reason, and the spokesperson added that all the domestic and international flights that were scheduled to depart from Jinnah International Airport were canceled.

The Government of Sindh declared Monday a holiday for the public and private sectors in Karachi and Hyderabad.

The provincial Minister for Information, Sharjeel Inam Memon, said that the decision for the public holiday was made in cognizance of the heavy downpours across the province, and Karachi and Hyderabad had received uninterrupted rain since 5 AM on Sunday morning.

He also instructed the private sector to close their offices and factories today.

The Pakistan Meteorological Department (PMD) released rainfall statistics for various parts of Karachi on Sunday, according to which Quaidabad had the heaviest rainfall, measuring 86.5 mm. This was followed by 62 mm of rain in both Saddar and Gulshan-e-Hadeed, and 54 mm in the Pakistan Air Force (PAF) Base Masroor and Keamari.